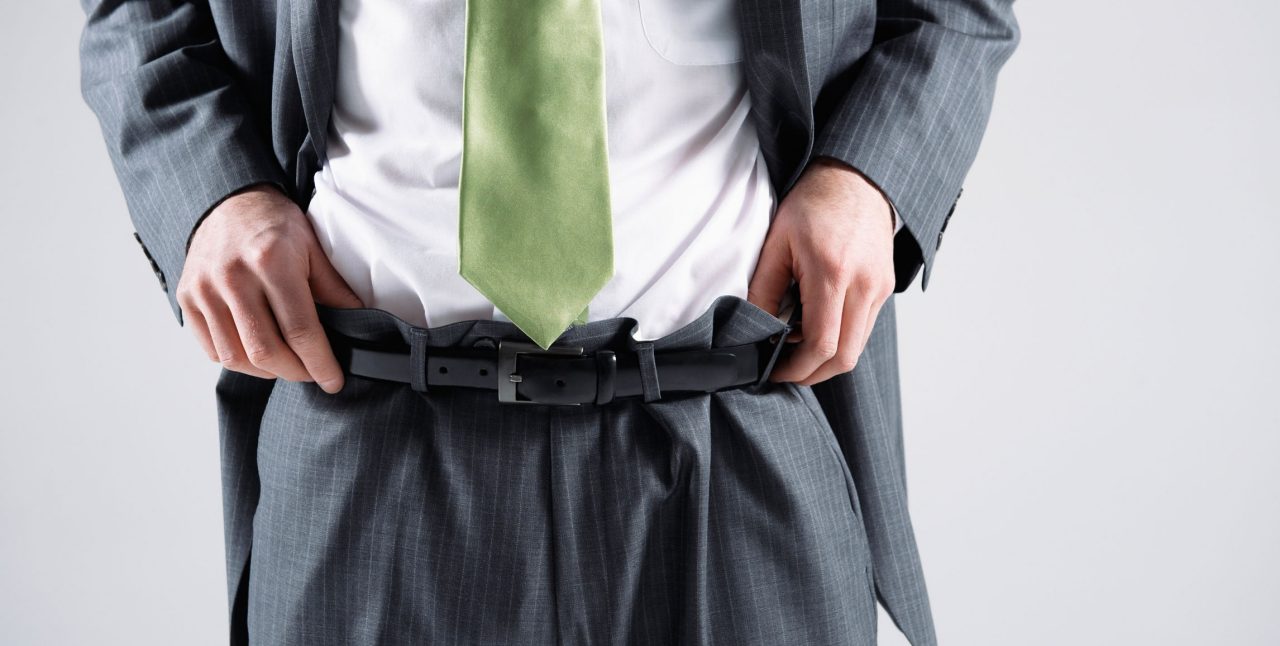 Economists have tricks to get us to meet our goals.

Joshua Feldman had twice lost weight on Weight Watchers, then gave up on his new habits and regained the pounds. Even though he took up daily bike riding, lifted weights, and ate healthily most of the time, he still overate just enough, usually late at night, so he didn’t lose much.

People do better at meeting their diet resolutions if they know that failure will have bad consequences. As economists put it, we’re “risk averse.” But the risks need to be palpable and reliable. Although Josh knew all about the potential bad health consequences of erectile dysfunction, diabetes — so far they hadn’t hit him personally.

One way to make the bad consequences loom before him, on schedule, was to set a deadline for losing weight and consequences if he failed. So he committed himself to have bariatric surgery if he didn’t lose 50 pounds within a year. Since he really hated the idea of the surgery, this was a big motivating stick. So far his diet resolutoins are intact; he’s lost 12 pounds in six weeks.

Two Yale economists, Dean Karlan and Ian Ayres, have battled their bulges using the risk aversion principle — but rather than take on the threat of surgery, they put money at stake. Karlan has agreed to pay Ayres $1,000 every week he gained weight. Ayres, the author of “Carrots and Sticks: Unlock the Power of Incentives to Get Things Done,” agreed to pay Karlan $500 if he goes above the limit of 185 pounds. For these two, this approach worked so well that they founded the website Stickk, where anyone can define a goal and create incentives to make it happen. According to their data, if you appoint someone as your “referee” you potentially double your chances of success. Adding financial stakes — “skin in the game” — increases your chances of success by up to three times.

Separate research has supported the idea among smokers trying to quit. In this study, a control group received information and free nicotine patches. After six months, six percent of them had stopped smoking. The researchers offered another group a reward — $800 if they had stopped smoking six months later. Seventeen percent quit. The third group got both a stick and a reward: They had to put down $150 of their own money. If they had quit smoking at six months, they got back their own money and also got a $650 bonus prize from their employer. On the other hand, if they hadn’t quit, they lost their $150. Fewer people agreed to this deal, but 52 percent succeeded. It just hurt too much to lose their own $150.

At Stickk, you can post text or images to a commitment journal to record progress on your diet resolutions, and invite family and friends to get updates by email. You can designate a referee, put money at stake (at least $5 for each reporting period), and say who will get your money if you fail. To up the pain level, you could choose an enemy as the recipient or a charity that you dislike. As the cofounders of Stickk put it, “Wouldn't it just kill you to hand over your hard-earned money to someone you can't stand? That's a pretty strong incentive to achieve your goal now isn't it?”

If you want to test the risk-aversion approach on your own, using money, here’s a plan:

Give $150 to a friend and instruct her to put it in a savings account. If you don’t lose 15 pounds in 15 weeks, she must give it to the boy who has been bullying your son (supply the address), the boss who kept insulting you, or the ex-husband who didn’t send his child support checks. If you do lose the weight, tell her to keep the money in the account. If you gain 10 pounds back at any point, that same $150 goes to your enemy, plus any interest. (A tip: People who are triggered to overeat by emotional cues are most likely to regain lost weight, some research shows.) Watching the account grow could motivate you to dial back your snacking — to deprive your enemy.