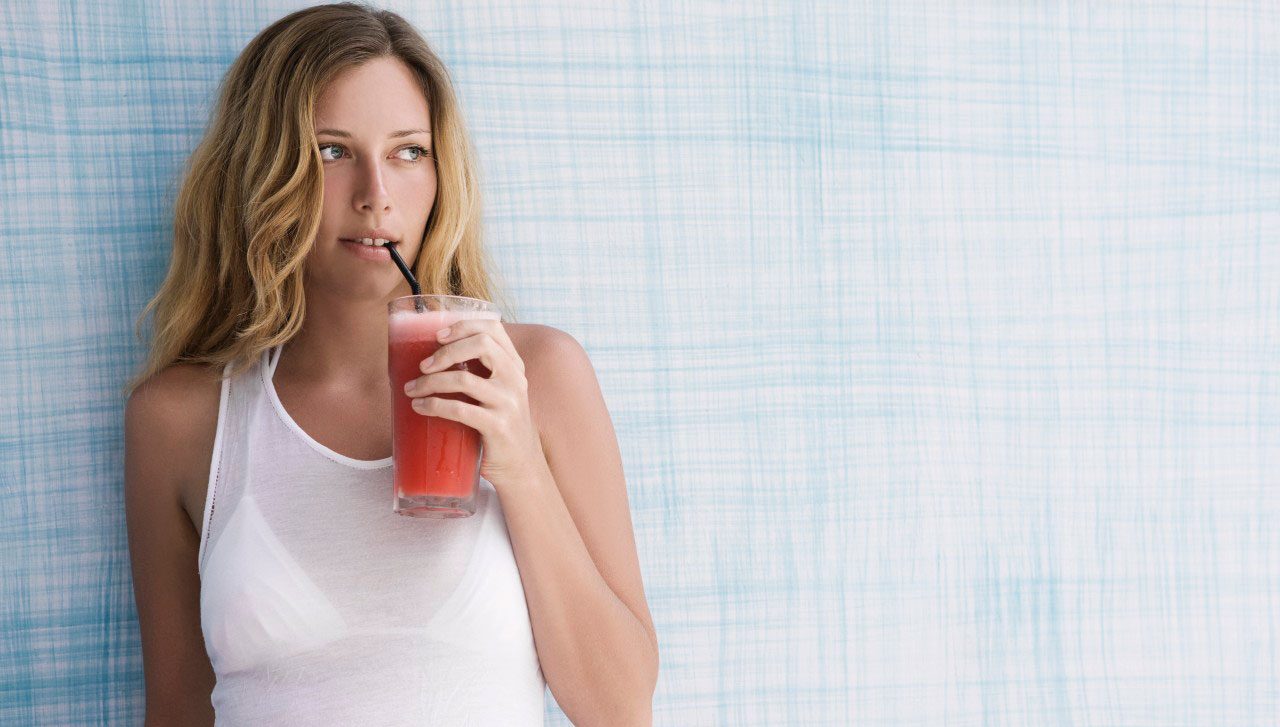 Don’t let empty calories sneak up on you.

Even when you think you’re limiting your calories and choosing food with health in mind, you may need to take a closer look at a few items, especially if they’re regulars. Some foods are falsely marketed to seem health-enhancing. Others, like salad, are good in theory, but you could be dressing them up with extra empty calories or eating too much.

Smoothies. Whole fruits and vegetables are dense with nutrition per calorie. But juices are a fast, fiber-less, shot of sugar. Add in sherbet, full-fat yogurt, or peanut butter, and a smoothie should be considered a rich dessert. When you want a smoothie as a snack or drink, focus on vegetables, including leafy greens, those low-calorie superheroes. Veggie-fruit combinations can be surprisingly good, too. You might consider the fruit a sweetener, requesting, for example, just a few pineapple chunks in a drink based on spinach and kale, and perhaps almond milk.

Granola and trail mix. The whole oats in granola provide fiber, as do nuts and dried fruit. Just remember that granola and muesli evolved as breakfast for early-rising farm hands. Trail mixes are meant to bolster hikers who could be climbing a mountain. If you’re sitting in an office, be careful of the calories per bite. Sticky or clumped granola is usually prepared with a lot of butter and oil, observes Laura Jeffers, MEd, RD, LD, a registered dietitian at Cleveland Clinic.

Bagels. If you’re choosing between a donut and bagel, go for the bagel, which contains less sugar. But a plain bagel and simple glazed donut provide about the same number of calories. Cream cheese contains lots of fat and sodium as well. People sometimes regard a bagel and cream cheese as a good regular breakfast, Jeffers says, when it’s really more for the occasional Sunday.

Soup and salad. It sounds good, but you’re overdoing the calories if you choose a cream-based soup and add croutons, bacon, and high-mayonnaise dressing to the salad. Substitute nuts and seeds or avocado to make a salad filling. Restaurant and packaged soups are also high in salt, which increases your risk of high blood pressure, stroke, heart failure, and other conditions you really don’t want.

Fat-free foods. Dairy products made with skim rather than whole milk can help cut calories. But fat-free processed foods tend to be high in sugar or corn syrup. Dieters should be much warier of processed carbs than fat. You’re better off having a few nuts, which could ward off diabetes and other diseases, and skipping the air-popped corn or potato snack.

Meatless ”burgers.” Read the label and check the calories. “People can actually gain weight on a meatless diet from eating the wrong types of proteins,” Jeffers writes. Look for a short ingredient list with items you recognize rather than mystery chemicals.

100-calorie snack packs. These packs are helpful to keep you from overeating, but too often they contain foods you’d best avoid, like mini-cookies. You’d be better off eating a banana, a container of unsweetened yogurt, or a bar that contains only seeds and nuts. Those few cookies will give you a blood sugar spike and drop that sets you up for weight gain.

Energy drinks. They’re often packed with sugar and the stimulants may be dangerous. Consuming just 16 ounces of an energy drink elevates blood pressure and stress hormones in young, healthy adults, according to a 2015 study by the American Heart Association. Sport drinks, which contain minerals and electrolytes to replace water and electrolytes lost through sweating during exercise, are a better bet, but probably unnecessary, and should be sugar-free.

Some other products with false pretentions to healthfulness include light or low-carb beer, diet soda, rice crackers, white-rice sushi, and bottled ice tea and water.

Your self-control may be less of an issue than you think. You don’t have to suffer: Jeffers suggests letting yourself indulge occasionally in less-than-healthful foods, but for no more than a quarter of your calories. Cutting out some bad habits may go a long way.