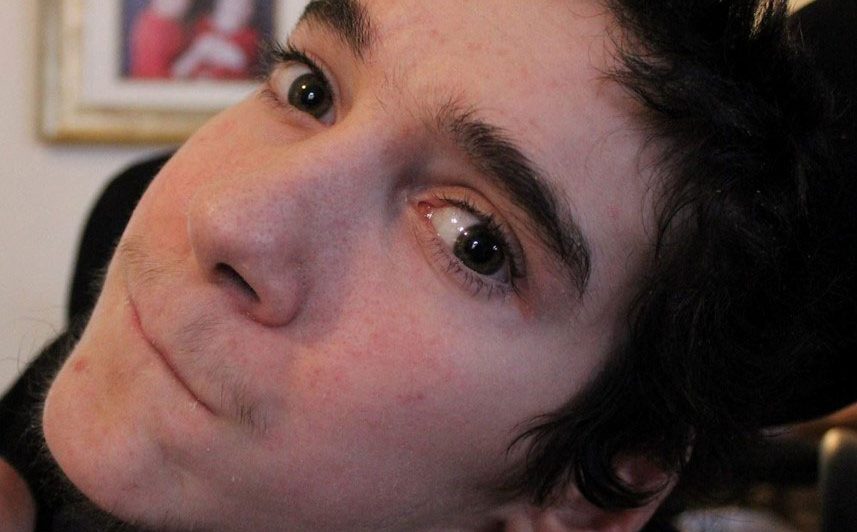 A mother’s love goes up against a life-threatening childhood disease.

Stacey Sargent sounds more than a little wistful when she reflects on her son’s early years. “Cory didn’t have a selfish bone in his body. He loved everybody he met. He always had a smile, always had a hug, no matter whether he knew you or not,” she says.

Cory’s calm nature defied his turbulent beginnings. He’d come into the world three months prematurely, his untimely arrival the result of abuse from Sargent’s former husband. “He only weighed two pounds,” she says. “He was on a ventilator and feeding machines for the first two months of life.”

Cory struggled to keep pace, taking longer than usual to sit up, crawl, and walk. Yet, against the odds, he eventually caught up with his peers. Despite some academic troubles, he moved forward through elementary school. Then, when Cory was in the fourth grade, Sargent noticed something unusual. “He was holding his arm up and walking on his toes. I started getting concerned,” she said.

Search for an answer

A series of medical specialists performed a battery of tests, but they couldn’t come up with a diagnosis that fit the symptoms. Cory started to lose ground. He was barely eating, and losing weight with each passing day. By age 15, he was the size of a nine year old, standing just 4 ½ feet tall, and weighing a slight 58 pounds.

In a panic, Sargent and her second husband, Terry, rushed Cory from their home in Douglasville, Ga., to Emory University Hospital in Atlanta, nearly 30 miles away. She tried to explain to the medical team how her child had become so gaunt. “They were looking at me like I was crazy. He was falling all the time, he was skin and bones, and they couldn’t believe he used to be a chubby, healthy boy.”

A neurologist on staff brought in a geneticist, who finally arrived at a diagnosis: juvenile Huntington’s disease. As a nurse, Sargent knew exactly what that meant. She also knew how rare it was. Only one in 10,000 people are diagnosed with adult-onset Huntington’s. Even fewer — just one in 166,000 — has the juvenile form.

Huntington’s is born from a genetic misstep — a mutation in a gene called HTT. The gene is built from three nucleic acid bases: cytosine, adenine, and guanine (CAG). In most people, this sequence repeats 10 to 35 times. In those with Huntington’s, it stutters — multiplying 100 times or more. The gene codes for a protein called huntingtin, which doctors believe protects the brain’s nerve cells (neurons). In those with the abnormally repeated gene sequence, the protein becomes toxic, building up in and damaging neurons. This damage produces the hallmark symptoms of Huntington’s — abnormal and uncontrollable jerky movements called chorea that strip a person of the ability to do even the most basic tasks — walking, talking, eating. Huntington’s is incurable, and inevitably fatal.

With the diagnosis, Sargent saw her son’s future evaporate. “My hopes and dreams of him driving a car, going to college, and getting married were gone. I was floored.” Her next reaction was anger. She knew Huntington’s was inherited from parent to child. And, she knew the disease didn’t run in her family. It must have come from her first husband, who’d never warned her of the risk before her pregnancy. “I never remember his family telling me,” she says. “I saw his mother about three years after Cory was diagnosed, and her reaction was, ‘Oh, I know. His grandmother passed away from it. He has it and he’s now bedridden.’”

Dealing with her son’s devastating diagnosis was difficult enough, but his chronic illness also brought mounting medical bills. “We had $8,000 to $10,000 a year in medical expenses and 90 percent of that was for Cory,” says Sargent. Cory needed a full suite of medical accessories — including a wheelchair, a ramp to help him access their split-level home, and a feeding tube. Insurance covered only a sliver of the costs.

In 2010, a couple of friends swooped in to help, organizing a fundraiser with a fleet of American Legion Riders and several local bands. Sargent named it Cory’s Crusade, to reflect the enormity of her son’s struggle against a formidable medical adversary. Bikers might seem unlikely allies to a sick little boy, but they rallied around Cory, raising $7,000 for his care.

The next year, Sargent and her husband took over the event. By then, they’d caught up on Cory’s medical bills. “I decided I wanted to help the Huntington’s Disease Society of America’s (HDSA) support group here in Georgia, so I split the proceeds 50-50,” she says. Cory’s Crusade ultimately ran for six years. The event not only supported Cory, but it also funneled thousands of dollars to HDSA to help others with the disease.

Sargent’s boundless love and determination ultimately weren’t enough to save Cory. By 2015, she knew it was time to let her little boy go. “It got to the point where he had no quality of life left. He was sleeping all the time. I told him, ‘Cory, I know I can’t keep you forever. If you want to go play with the angels, you can.’”

Cory Sargent died on December 12, 2015. He was 21 years old. The same bikers who had faithfully attended his annual crusades rode to his funeral in a procession to honor his memory.

After Cory’s death, silence descended on the Sargent home. “I think the biggest thing for both me and Terry was the emptiness of the house. It was so quiet, not hearing his oxygen, not hearing his feeding machine, not hearing him through the baby monitor,” she recalls. “Every day at noon for months, I was still jumping up to check on him in his room.”

Sargent kept Cory’s memory alive by celebrating his 22nd birthday with a party and balloon release. She found hope in the messages and stories sent by so many people — friends and strangers alike — who’d been moved by her son. “People told me how inspired they were by Cory,” she says. “How they loved the twinkle in his eyes up to the very end. For such a young person to have such a big impact gives me a small amount of joy.”

“I promised Cory I would keep doing this until there was no longer breath in my body,” Sargent says. “I keep my promises.”

Tell Us Your #IGiveBeyond Story