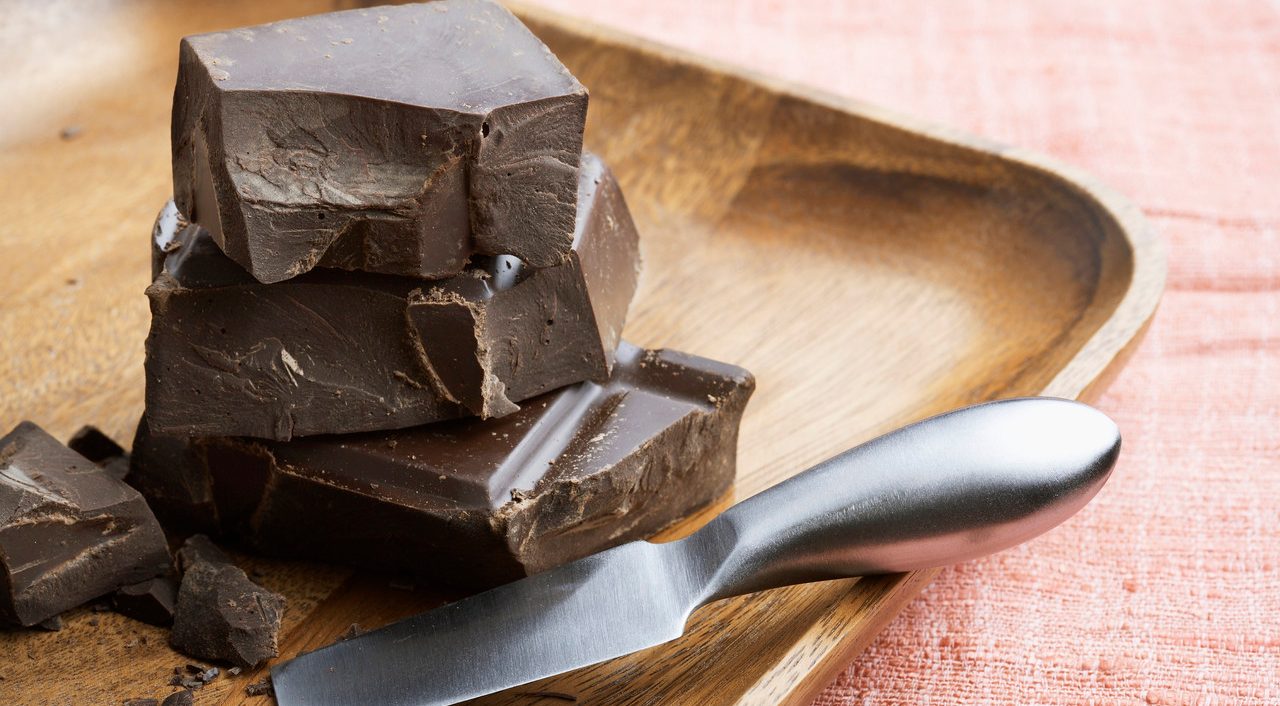 If you eat small amounts of super-dark chocolate, you're getting healthy plant-based compounds called flavonoids in your diet. But gobbling chocolate is a bad idea.

We all like hearing that a favorite feel-good food is also healthy, and it’s true: Dark chocolate contains healthy plant-based compounds called flavonoids, especially one with wonderful special effects, “epicatechin.”

Evidence has suggested that dark chocolate is good for your heart. For example, in a study following nearly 21,000 participants over 12 years, those who regularly ate dark chocolate cut their chances for heart disease and stroke. Similar results emerged in a review of nine studies with a total of nearly 158,000 participants.

But the jury is still out. Several large studies show no connection between eating chocolate and heart disease. If it helps, you have to keep to a small amount.

Dark chocolate does seem to reduce “bad” cholesterol and increase “good” cholesterol. It also helps lower blood pressure in people suffering from either systolic hypertension or diastolic prehypertension, but it doesn’t cause dangerously low blood pressure, a meta-analysis of 13 studies concluded.

Can chocolate help you avoid diabetes?

That said, eating chocolate regularly is associated with weight gain, according to a large study over six years, and being overweight is a risk factor for type 2 diabetes. The key, as always, is not to eat too much and to eat the right kind of chocolate.

Can chocolate boost your mood?

There’s a reason we give gifts of chocolate on holidays and to the ill: A dose of cocoa can boost your mood, according to at least five studies covered in one review.

The same review found evidence for chocolate as a brain sharpener, though the case was less strong than for mood.

In another study, researchers gave healthy men ages 20 to 50 some dark chocolate and another group the same amount of chocolate that had been stripped of flavonoids. Two hours later, all of the men performed a standard test of psychological stress that involved public speaking and mental arithmetic.

The men who ate the real chocolate with flavonoids were significantly less stressed out, according to measurements of chemicals in their blood.

Stick to between one and two ounces of dark chocolate made with at least 70 percent cocoa. Sugar should never be the first ingredient.

Look for chocolate with:

If you are sensitive to caffeine, be aware that some products pack as much caffeine in a daily serving as 1.5 cups of coffee, according to the testing company ConsumerLab.com.

Ideally, you’d eat your chocolate raw, but at the least avoid products that have been processed with alkali, which reduces flavonoids. You can eat this kind of chocolate daily — we’re talking a square — and treat yourself to a square before challenges like giving a speech or a job interview.

It may boost your mood, help you think more clearly, and be less reactive to the stress.