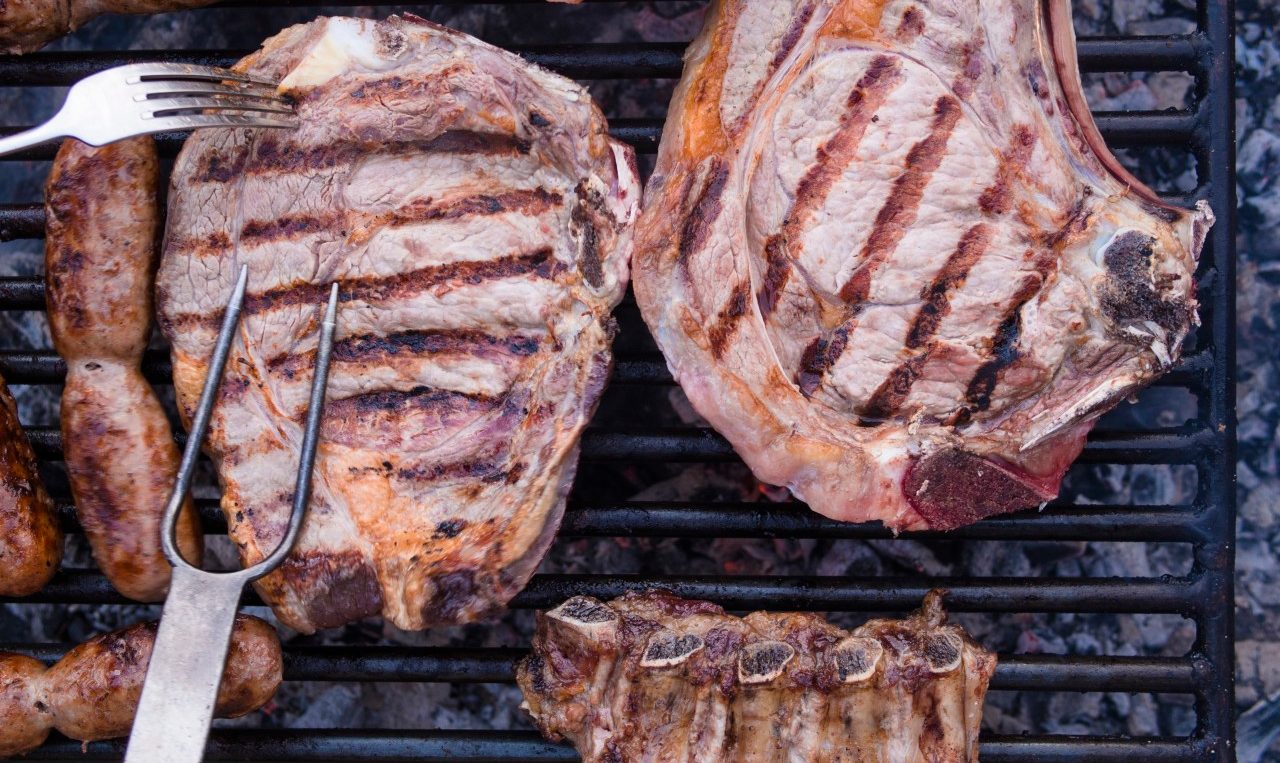 Meat isn't all bad for you. The ideal balance between animal protein and other calories depends in part on your age. Elders may need more than they now get.

Everything in moderation — you’ve heard that before.

Human beings are omnivores — we eat food that comes from both plants and animals. We’ve been eating meat for millions of years and, around the globe, people seem to eat as much meat as they can get.

That said, our primate ancestors probably relied on a scattering of insects in a diet heavy on fruit, leaves, and seeds. Human beings don’t require sausage at breakfast, hot dogs for lunch, and ham for dinner.

Americans have been eating more chicken and leaner red meat since the late 1980s when we got the message about the dangers of fat and cholesterol. But about 60 percent of us still eat too much meat, poultry, and eggs, according to the latest U.S. Department of Agriculture guidelines. Yet, many of the other 30 percent would be better off eating more. Older adults often don’t get enough protein, which they need to preserve muscle mass.

Especially if you’ve cut out meat for ethical reasons, consider eating more seafood and dairy. The U.S. guidelines say that 90 percent of Americans don’t eat enough of either. We also skimp on nuts and seeds.

The guidelines recommend limiting saturated fat, which is plentiful in red meat, and eating lean forms of protein (such as a chicken breast or ground turkey) versus processed meats (hot dogs, sausages, ham, and luncheon meats).

The warnings against red meat are based on many studies over years, showing a link to higher risk of heart disease and stroke. In 2022, an impressive study offered an explanation: People who ate more red meat had more of a kind of gut bacteria that turns carnitine, a nutrient in red meat, into a chemical known as TMA0, which promotes blood clotting and clogged arteries.

If you like red meat, think of it as an extra, not the star of the meal. You might make meals like chili and beans, with less meat than beans, or a salad with a little bit of meat added.

But don’t go for bacon as your typical breakfast. It’s clear that eating processed meat, which includes sausages, bacon, and hot dogs is worse for your heart than the occasional steak or hamburger, largely because of the extra salt they contain.

People at risk of heart disease need to heed warnings against bacon: In a 13-year study of more than 34,000 Swedish women aged 43 to 83, those who ate more than 50 grams of processed red meat daily (about the equivalent of a hot dog) were almost twice as likely to suffer heart failure. Men who consumed more than 75 grams of meat daily were more than twice as likely to die of heart disease. Fresh red meat was okay in this research.

The ideal balance between animal protein and other calories depends in part on your age. Middle-aged people should keep track of their portions. In a large study over 18 years, people ages 50 to 65 who said they got 20 percent or more of their daily calories from animal protein were more likely to die of any cause, and four times more likely to die of cancer or diabetes. But over the age of 65, eating that much protein cut their cancer risk. Other research shows that meat consumption can help protect seniors from losing muscle strength and breaking their bones if they fall.

What do you say when your teen turns down your turkey chili, once her favorite dish, and announces that she’s becoming a vegan?

Vegans who stop eating animal foods, including milk and eggs, have to work harder to meet their nutritional needs. Per serving, meat, poultry, and fish provide more protein than dairy, eggs, legumes, cereals, vegetables, or nuts. Meat is a good source of iron, zinc, selenium, vitamins B12, B6, thiamin, riboflavin, niacin, and potassium.

If your daughter ends up short of needed vitamins and minerals, she could develop strong cravings for meat and feel less energetic. Does she also insist on going organic? It might be a good idea, but there’s as yet no strong scientific case for doing so.