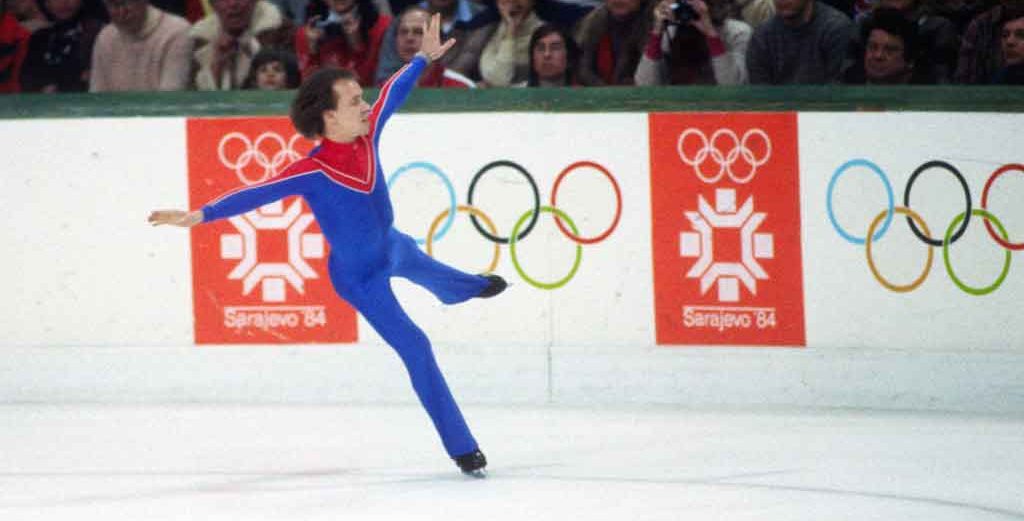 His advice for anyone facing a frightening diagnosis: “Get strong. Physically, spiritually, emotionally get strong. And everything will take care of itself.”

Scott Hamilton has, by his own admission, “a hobby of collecting life-threatening illnesses.” The first one was not only life-threatening but mysterious — an unknown childhood disease that prevented his body from absorbing nutrients and stunted his growth. The second, testicular cancer, came in 1997. He overcame both illnesses, only to be diagnosed with two benign brain tumors — in 2004 and 2010.

Hamilton had already survived several lifetimes’ worth of medical conditions, when, in the summer of 2016, his doctors again noticed something abnormal in his brain. “It was like, really? Cause I’m not symptomatic at all,” he says.

The black, apostrophe-shaped blot on his MRI was so tiny, doctors thought it might be a leaking aneurysm — a bulging weakness in one of his brain’s blood vessels. He underwent a cerebral angiogram, a test that uses x-rays to detect aneurysms and other blood vessel problems in the brain.

The scan didn’t identify any issues, but a more detailed, fine-cut MRI did. His brain tumor was back.

When Hamilton had learned of his first brain tumor, he and his wife, Tracie, prayed. With the second one, they were overcome by fear. Their reaction to the news of a third tumor was different. “This one was like, ‘Hmm, oh well.’ It was kind of like, ‘Interesting,’” he says. “When you’ve done something so many times, you kind of realize it’s a process. This happens, and then this happens, and this happens.”

If there can be any upside to a brain tumor diagnosis, Hamilton had one. Doctors had caught it early, when it was still small.

When his doctor told him the news, Hamilton heard only one thing: “Get strong.” “And that wasn’t just physically strong. It was spiritually strong,” he says. “And so I started hitting the gym, buying all these new free weights…. I just started getting obsessed with being healthy.”

Hamilton also made some radical changes to his diet. He already avoided red meat. Now he gave up sugar, too. “What does a tumor want? Tumors like sugar. I’m not going to give it anything it wants,” he says.

To plan his treatment, he met with a surgeon. Then he consulted with a medical oncologist, though he was puzzled by the need to see a cancer specialist. “I go, ‘I don’t have cancer. I just have this nuisance thing in my brain that likes to come back a lot.’” The doctor explained that a

targeted therapy for melanoma skin cancer was also effective for papillary craniopharyngioma — the type of noncancerous pituitary tumor he had.

As Hamilton pursued other medical opinions, he also sought guidance from a higher authority. “I just dove into my faith, like dove into it like I never really had before,” he says. In the past, prayer had been a way for him to express thanks. Now it became a plea for help.

“Take it away. Just take it away,” he asked God. “I’m not going to learn anything from this. This isn’t going to put me in a new place.”

Hamilton decided to hold off on treatment, sticking instead to his healthy lifestyle plan. About six weeks later, he returned to the hospital for a follow-up scan. The news was unexpectedly good. “They said, ‘Interesting. It hasn’t grown at all. In fact it’s identical to what was there before.’”

When Hamilton asked for an explanation, his doctor had none. Unless he’d been taking

BRAF inhibitors — cancer drugs that treat craniopharyngiomas — on the side, there was no explanation for the tumor shrinking. His doctor told him, “These tumors grow. Sometimes they’re stable. But they don’t shrink.’”

How does Hamilton account for his tumor retreating? “I feel like I’m the recipient of this really beautiful miracle,” he says.

Looking to the future

Disease no longer intimidates him. “I’ve been through this. I’m still here,” he says confidently. “We’re built for this. Our bodies are temporary and they’re fragile, but they’re extremely resilient.”

Grappling with one seemingly insurmountable condition after another has made Hamilton both resilient, and wise. Now he has

advice for anyone who’s confronted with a frightening diagnosis: “Get strong. Physically, spiritually, emotionally get strong. And everything will take care of itself.”