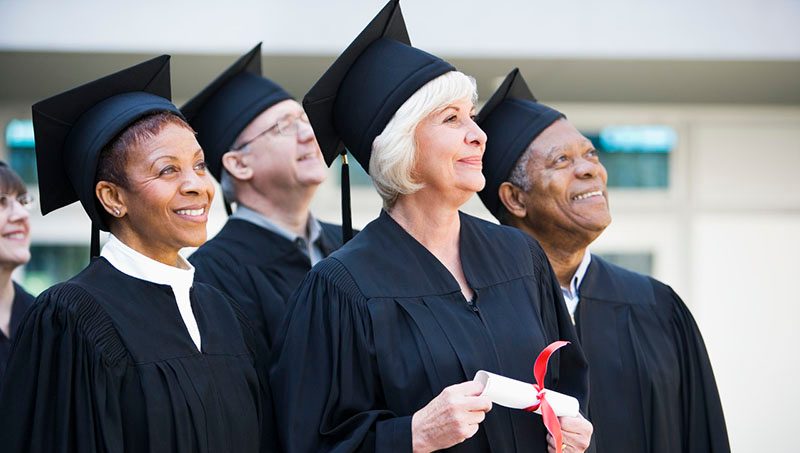 There’s been controversy in recent years about whether online brain games and training can actually improve cognitive abilities and keep mental faculties sharp as we age. However, while some companies have been criticized for making inflated claims about online brain training, researchers have continued studying and documenting how brain training games can potentially provide benefits.

There’s good news, especially for seniors. Evidence brain training not only helps keep senior brains young but also may put certain mental abilities on a par with adults who are decades younger.

Psychologists and neuroscientists have found brain training can boost thinking skills, including memory and problem solving, the American Psychological Association points out. Remarkably, improving one skill may also result in other cognitive improvements.

For example, a study published in Developmental Psychology by Susanne Jaeggi, PhD, a cognitive neuroscientist at the University of California, Irvine (UCI), concluded computerized games designed to improve working memory also benefit visuospatial skills (the ability to recognize and organize information when you see something) in elders.

One of the most fountain of youth-type benefits of braining training documented so far shows online brain game exercises can enable people in their 70s and even 80s to multitask as well as adults who are 50 years younger.

That’s the conclusion of UCI research, published in the Proceedings of the National Academy of Sciences. It’s an especially surprising finding because the onslaught of constant information and stimulation almost everyone experiences today ― from cell phones, computers, and other devices ― can interrupt focus and slow the ability to successfully multitask. What’s more, aging is also associated with less ability to multitask.

“We discovered that people in the upper age ranges who completed specific training tasks were able to beef up their brain’s ability to switch between tasks in the game at a level similar to untrained 20- and 30-year-olds,” said lead author of the study and UCI professor of cognitive science Mark Steyvers, PhD.

For their study, Steyvers and his research team worked with Lumosity, an online platform that offers a variety of daily brain training games. The investigators used data from a task-switching game called Ebb and Flow, which challenges players’ ability to quickly shift cognitive processes between figuring out shapes and noting movement.

The researchers studied the Ebb and Flow performance of 1,000 people, chosen randomly from Lumosity data, in two categories, those between the ages of 21 and 80 who had completed less than 60 training sessions and adults 71 to 80 who had logged in a minimum of 1,000 sessions.

The findings revealed the importance of frequent practice when it comes to gaining the benefits of cognitive training with brain games.

“The brain is not a muscle, but like our bodies, if we work out and train it, we can improve our mental performance,” Steyvers said.

“Medical advances and improved lifestyles are allowing us to live longer. It’s important to factor brain health into that equation. We show that with consistent upkeep, cognitive youth can be retained well into our golden years.”