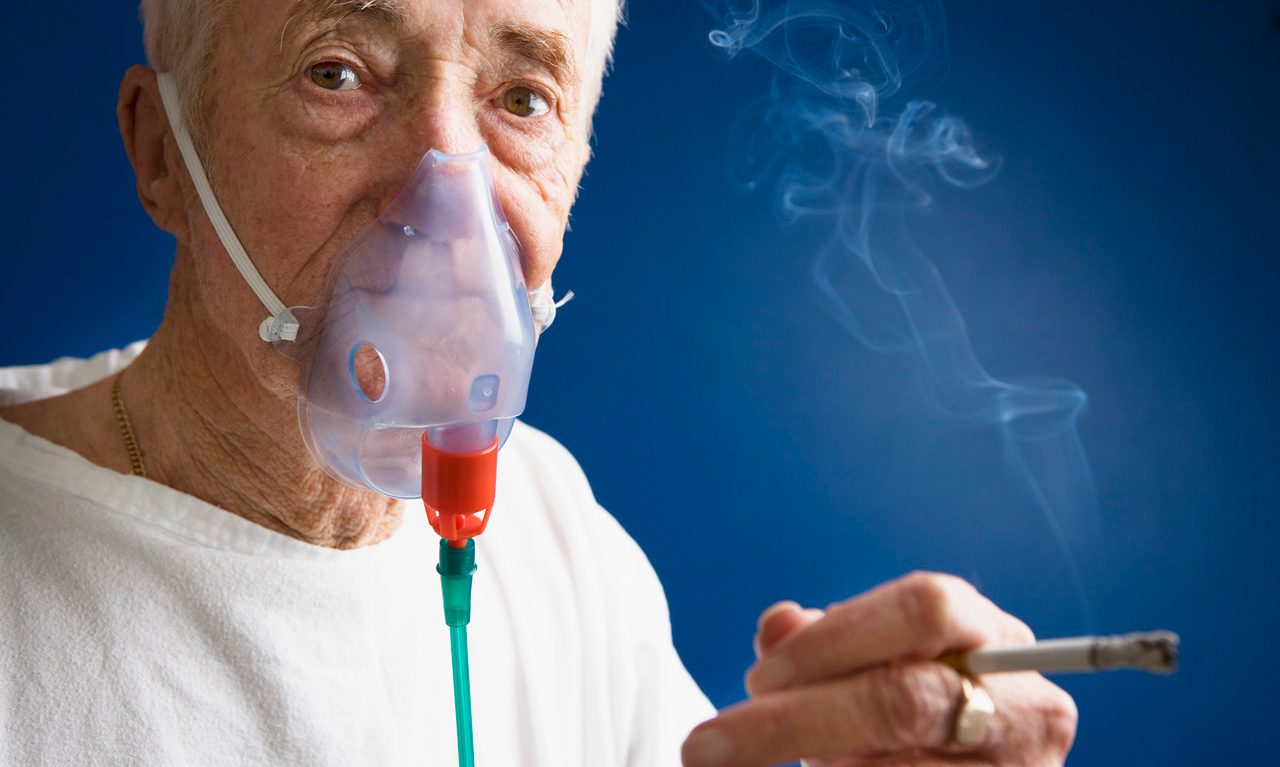 Bill, by his own admission, was stubborn. Although he had diabetes, he kept smoking, against medical advice. “My doctors always warned me about the bad things that could happen. Did I listen? No,” he said.

At age 37, he lost vision in his left eye. After that, his kidneys failed, and he went on dialysis. He finally quit smoking at age 39 after his leg was amputated because of poor blood flow.

Bill worried about supporting his family — for good reason.

When he developed heart disease, linked to both his diabetes and smoking, he died. He was 42.

You’ve probably heard that cigarettes are bad for you for many reasons. But you may not know how it contributes to type 2 diabetes.

In type 2 diabetes, your body does not respond to the hormone insulin, which helps blood glucose enter your cells for fuel. The glucose (also called “sugar”) stays in your bloodstream.

Nicotine also interferes with how well cells respond to insulin. (This resistance doesn’t start to reverse until you don’t smoke for 10 to 12 hours.) Other chemicals in cigarettes damage your cells and make them less responsive to insulin.

Smokers also are more likely to put on belly fat, a diabetes risk factor, even if they’re not overweight.

Add it all up and smoking increases your chance of type 2 diabetes by 30 to 40 percent. The more your smoke, the higher your risk.

Once you have the disease and need to take insulin, if you continue to smoke you’ll need a higher dose to keep your blood sugar on target. You’ll also be at greater risk of complications like heart disease.

The good news is that you can quit and turn things around immediately. Within a year, your risk of heart disease will be half that of a smoker.

How smoking affects your nerves

Bill lost his leg in part because smoking increases the risk of diabetes-related damage to the nerves in your arms and legs (peripheral neuropathy), which can  cause numbness, pain, weakness, and poor coordination. People who are also obese may develop a foot deformity that can lead to amputation.

How to reduce diabetes risk

Your doctors will show you how to improve your diet and increase your exercise to cut your risk of diabetes or manage it. Joining a group with other people fighting diabetes often helps.

Smoking is like throwing fuel on a fire. It’s also ideal to join a smoking cessation program.

How to quit smoking

People vary in what works best for them. But there is more evidence backing up some approaches than others. If you’re tried and failed to quit before, try something new.

Set a quit date and plan ahead

If you’re open to joining a program, look for one beforehand. Tell friends and family and ask for their support.

Think about how you’ll handle withdrawal symptoms. Tracking your smoking will help you identify the circumstances around when you get cravings and think about ways to resist them.

If you don’t exercise, now is a good time to start, as it will also help beat your diabetes and could boost your mood and energy.

It’s best to start taking some smoking cessation medications a week or several weeks before your quit date.

In one study with 700 participants, half the people who went cold turkey had weren’t smoking a month later, compared to 39 percent of a group who cut back over two weeks. The cold turkey group had also done somewhat better six months later.

Nicotine replacement (found in gums and patches) doubles the quit rate. Other medications include varenicline (Chantix), and bupropion (Wellbutrin).

Counselling and support can guide you through the process and help you stay confident. Many people gain weight and become discouraged. You may feel you need to avoid friends and family who smoke or who don’t support your effort. You may already have depression and anxiety and feel an increase in symptoms.

To find a program, check local hospitals or ask people you know who have quit. The well-regarded Mayo Clinic has joined with a large non-profit public health organization to offer an online program called BecomeAnEx, which claims that people who follow its plan are four times more likely to quit. The program includes nicotine replacement medication and live chat coaches.

Many resources can help you quit smoking, even some tailored to specific age groups.

Bill left four kids and a wife behind. When you consider his story, perhaps that may be motivation enough to quit. If not, also keep in mind that when you quit, you do more than reduce your risk of diabetes and increase your blood-sugar control. Smoking harms nearly every organ in your body and causes many diseases that can be fatal.