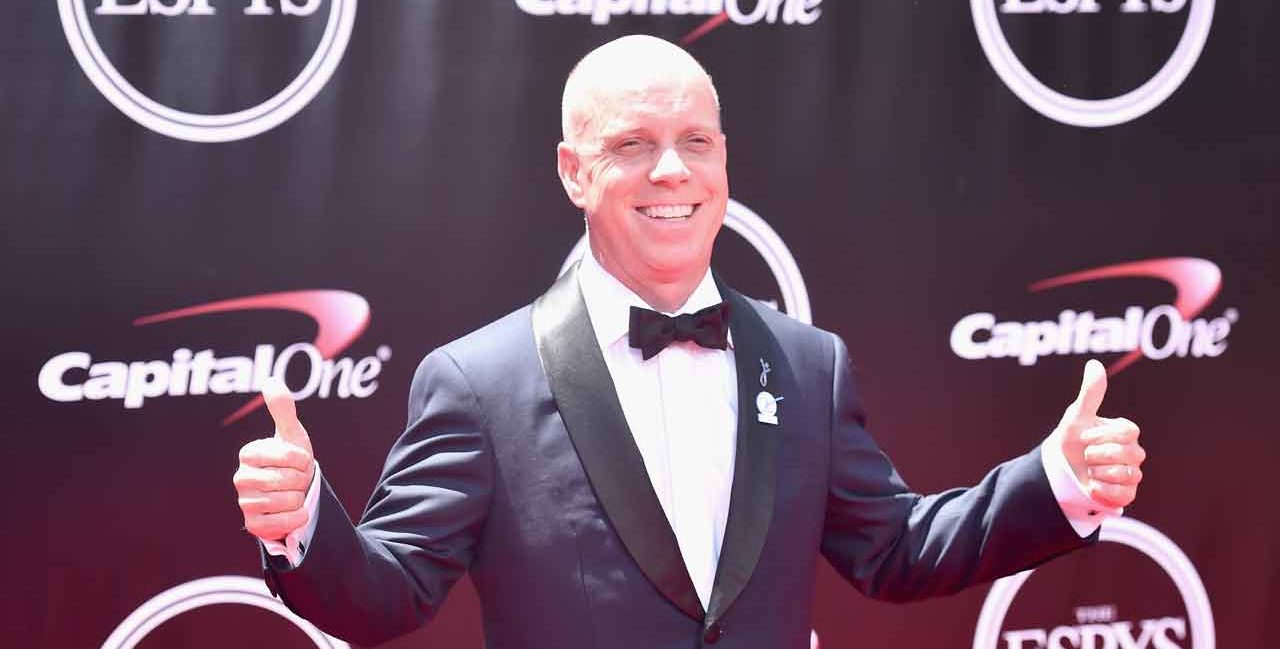 The New York Times ran a headline during the 2018 Winter Olympics, held in PyeongChang, South Korea, which declared Scott Hamilton had been demoted as an Olympic broadcaster. Although the story was positive about Hamilton’s work covering past winter Olympics for almost a quarter of a century and his other accomplishments, it was true his role as a broadcaster had been diminished significantly.

“There was a sadness for about 10 minutes,” Hamilton recalls. “But change happens to everyone — and ultimately, we can choose how we feel about things.”

Instead of seeing his new role as a negative development, Hamilton decided it was an amazing opportunity to do something he’d never done before — a pre-game show.

“I suffered some stress about being on TV an hour a day before anyone saw any competition. I worried I didn’t know enough to talk about these athletes for that long. I panicked and lost sleep,” he says.

“Then I woke up and my book, “Finish First,” was staring at me on the counter, and I realized I just needed to put my head in, put in the hours, and work. And the more I did the work, the more I realized I’d be just fine.”

And he was. In fact, he was soon relishing having what he calls a “cool role,” not a demotion, and enjoying the camaraderie of working beside Tanith White, an Olympic silver medalist in ice dancing. “We were a great match. We respected one another, and it turned into a great experience,” Hamilton says.

Winning the battle with cancer

Scott Hamilton’s remarkable life has not only included his sports successes but overcoming numerous health challenges, too. During childhood, he suffered from a mysterious ailment that led to stunted growth and, as a young man in l997, he was diagnosed with testicular cancer. In more recent years, he’s faced three benign brain tumors — including one diagnosed in 2016.

His ups (and downs, too) gave him a perspective on health problems and medical crises that he’s used to remain optimistic and thriving. “The only disability is a bad attitude,” Hamilton has famously noted.

Hamilton faced his multiple health woes as difficult challenges he could learn from by facing them head on — much like trying again and again on the ice after multiple falls until he succeeded.

But his winning attitude about overcoming medical problems doesn’t mean he was never discouraged. In fact, Hamilton admits he came close to quitting the chemotherapy that likely saved his life.

He endured chemo infusions for testicular cancer eight hours a day, five days a week. Then he had 16 days off before having to return for five more days of chemo. After day 21 of the treatment, his body had changed drastically, and Hamilton was in a self-described funk.

“I didn’t want to do it anymore. I didn’t care what the chemo was doing,” Hamilton recalls. “It took me awhile to understand the cancer was trying to make me quit, psychologically and physically.”

With this realization, everything changed. “It was almost like it became a battle of wills. Cancer was doing its last-ditch attempt to make me give up on chemo, the only chance I had. I started looking at cancer as a sentient being, like a foe I could compete against and beat physical, psychologically, and emotionally.”

When a friend asked Hamilton how many rounds of chemo he had left, the answer was one more. Scott knew he could find the inner resources to go one more round with cancer and go for the win.

Partner to help others win

Hamilton has taken what’s he’s learned from his medical experiences to figure out how to help others — including how to give cancer patients help and hope on a personal level.

For example, when he went through cancer treatment, he saw the need for having a person for support who knew from personal experience what he was going through.

“You realize you have three ‘angels’ to help you when you have cancer. The first is your oncologist, the second is your oncology nurse, the third is your family and friends. What I found was missing was a fourth angel — someone who can say they know exactly what you are experiencing, I decided to work on that,” Hamilton explains.

He founded the 4th Angel Mentoring Program, partnering with the Cleveland Clinic, where he had been treated successful for cancer. The innovative

program matches patients with trained volunteers who are close in age and cancer experiences, so they can share knowledge, awareness, help, and hope to empower cancer patients.

“It changes the way the patient is armed for battle and the resources available to them to give them their best chance to win,” Hamilton says.