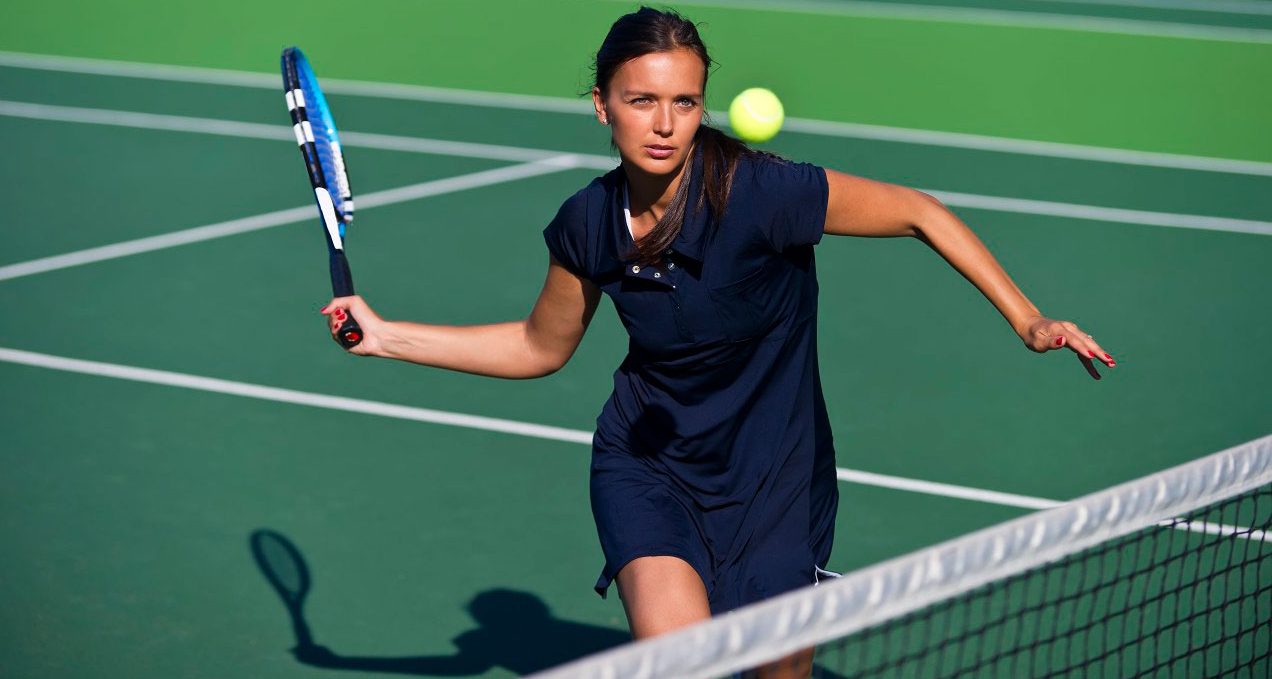 Spring has nearly sprung, which means it’s time to get back out on the tennis courts. Aside from a brief tete-a-tete with Andre Agassi courtesy of Madame Toussaud’s in Las Vegas, my tennis routine has been almost nil. I have played a whopping three times since Fall ALTA (Atlanta Lawn Tennis Association) season ended last October. It’s not for lack of trying to play more. In an effort to keep up my game in between doubles seasons, I signed up to play in an online singles league. Goodness knows I could have used the exercise, but it was not to be. My zip code and surrounding areas didn’t have enough players to constitute a division, and so I had to sit the season out.

I’ve been playing tennis since my parents moved us to a swim and tennis community when I was in the second grade. Hanging out at the courts – either to play with friends or watch my mom hit – soon became the norm. Those were the days of Michael Chang, Monica Seles, Pete Sampras, and Jennifer Capriati. The closest I can come to listing today’s top stars are Venus and Serena, Roger Federer, and some guy called Rafa. The time I have to devote to watching professional tennis equals the time I have to hit the treadmill with built-in cable TV at my local Y; in other words, limited.

I continued to play in high school, though I eventually ended up throwing over tennis for year-round swimming. I fell in love with going fast, breaking records, and the scent of chlorine permanently oozing from my pores – a scent my high-school sweetheart/husband remembers with a fond wrinkle of his nose. Organized sports lost their luster once I hit the “Classic City” of Athens, Ga., to study, work, and enjoy all of the limited-budget trappings of an undergrad. My interest in tennis picked back up after I had my first daughter. I was 27 and in desperate need of exercise, “me” time, and socialization with other young moms. Thanks to the cajoling of a dear friend and co-worker, a sassy gal who would later become the smartest doubles partner I’ve ever had, I joined my first adult ALTA league and haven’t looked back.

Tennis fills a number of needs in my life, including:

While the preceding “ode” hasn’t been of the typical poetic construction, I hope it conveys the reasons why I love being involved in a team sport. I highly recommend looking into a sport that you’ve had some interest in. Even if you’ve never played a day in your life, take the chance and get out there. Whether tennis, golf, pickle ball, or soccer, team sports can be a big confidence booster, calorie burner, and good example to your household’s younger generation. Take advantage of the warmer temps coming your way. The time is now, so take a chance and get active!