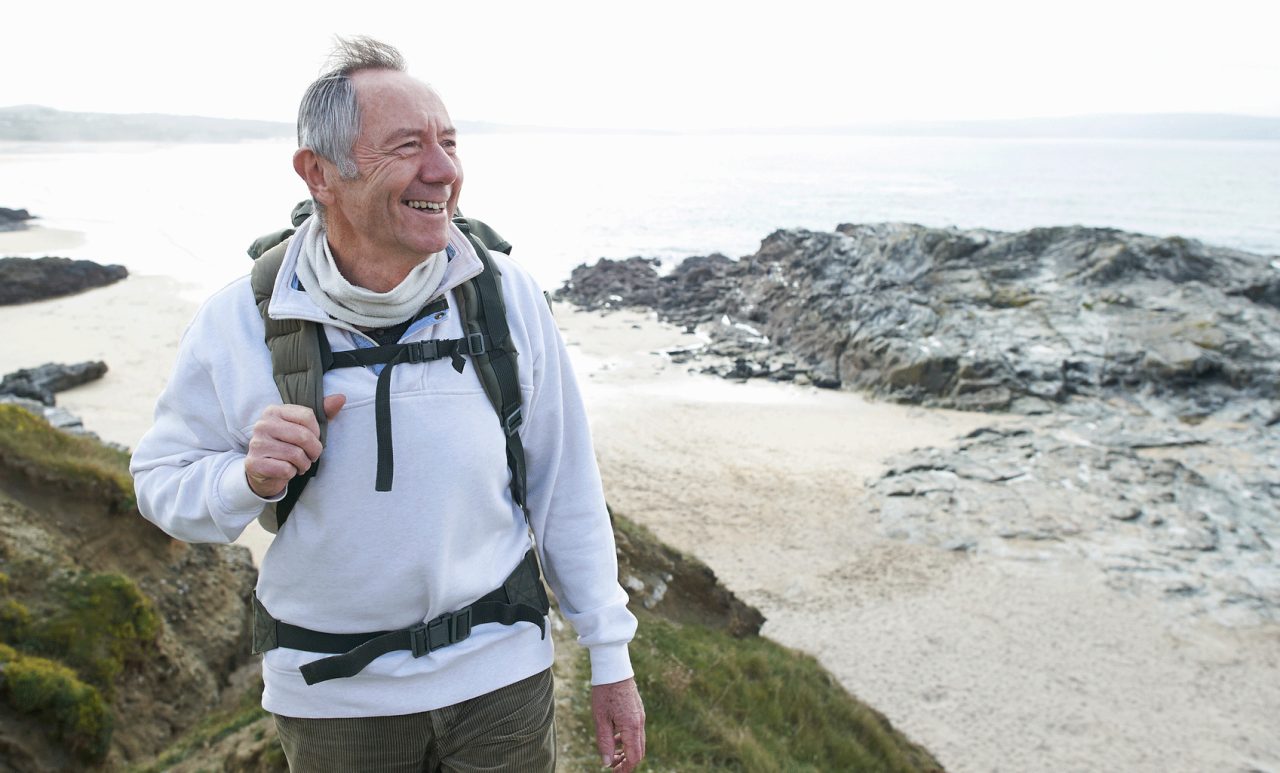 Walking at least 150 minutes a week is an easy form of moderate intensity exercise. If you're age 85 and up, just 10 minutes a day may extend your life.

It’s ideal to get at least 150 minutes a week of moderate exercise or 75 minutes a week of vigorous activity. That’s true for all adults. But elders are less likely to do that much. What might be a minimum to aim for? According to a study of more than 7,000 Koreans aged 85 or older, just an hour a week, or roughly 10 minutes a day, may extend your life.

Any walking is good

The research team drew upon a national insurance database with the results of a screening program from 2009 to 2014. The participants, almost 70 percent of whom were women, reported on their activity. In this 85 and up age group, about only a quarter ever did any moderate or vigorous exercise. But about 3,000 walked at a slow pace every week.

When the researchers examined the links between walking and death during those five years, the team found that people who walked at least one hour a week were about 40 percent less likely to die for any reason or from cardiovascular events.

Notably, it didn’t matter whether the seniors also did any moderate or vigorous exercise. “The take home message is to keep walking throughout life," said study author Dr. Moo-Nyun Jin, of Inje University Sanggye Paik Hospital in Seoul.

A study of nearly 140,000 Americans with an average age around 70 reached a similar conclusion. Even people who walked fewer than two hours a week and didn’t engage in other activity were less likely to die during the 13-year study period than those who were completely inactive.

Other research has found that walking may cut your risk of many serious illnesses — from heart disease to breast and colon cancer to diabetes.

Your pace is a key indicator of your health. In fact, cardiologists ask people to walk for six minutes after a heart attack — your pace is considered a measure of your chances of survival in the next year.

Seniors who can walk faster than 1.8 miles an hour landed in the top half of the life expectancy chart in one study. They had “exceptional life expectancy” if they could walk 2.7 miles in an hour.

Are you trying to lose weight?

Walking may not seem vigorous enough to be part of a weight loss program. But even if you eat more to compensate for energy you expend during exercise, any exercise is good for your health. The key number for adults seems to be an hour a day.

In the National Weight Loss Registry, which tracks more than 10,000 people who have maintained at least a 30-pound weight loss for a year or longer, 90 percent of the registrants exercise, quite a bit. On average, they exercise about an hour a day. The most common exercise is walking.

Walking will help you even if obesity runs in your family. When Harvard researchers looked at 32 obesity-promoting genes in more than 12,000 people, they calculated that volunteers who walked briskly for about an hour a day cut the impact of those genes in half.

If you use sweets or fatty snacks to boost your mood or relieve stress, walking could be a better move. One study concluded that you’ll eat half the amount of chocolate if you walk first.

Walking is an all-over workout

Pump your arms and your walk will hit several important muscle groups, including your calves, hips, and buttocks. Try to build up your pace. Maintaining your balance and body awareness will help keep you moving as you age.

Look for well-tended walking areas in natural settings, such as a park or a beach. Even slow, unsteady, and meandering walks on an uneven natural surface may be better for the elderly than a treadmill or sidewalk. But if you live in a suburban area, choose streets with little traffic, and avoid streets that lack sidewalks or designated crosswalks.

Walking is never a waste of time.