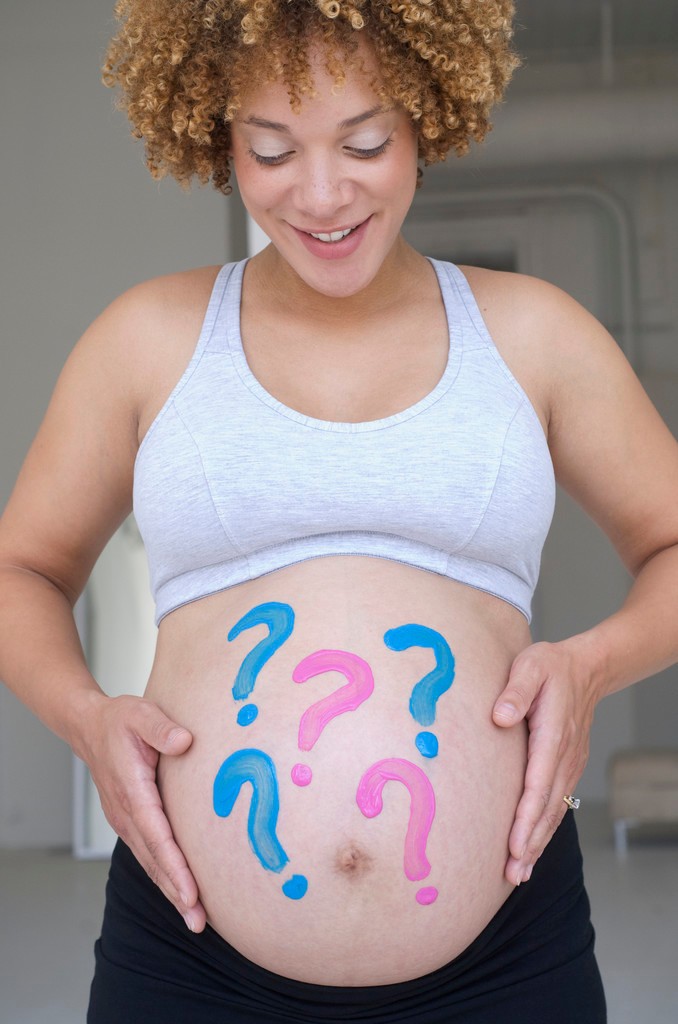 Don't Be Fooled by these Pregnancy Myths

You’re eating for two, you can have a little wine, don’t drink coffee, and other pregnancy myths explored.

You’re pregnant — and bulging with questions. For better or worse, strangers may feel free to pat your belly and offer advice and folklore, some of it completely untrue. Here’s our guide through the confusion and controversy of pregnancy myths.

Claim: A normal pregnancy lasts 9 months. Response: Actually, your “due date” is just an estimate. One study of 125 pregnancies concluded that the length of a pregnancy naturally varies by 37 days, excluding babies born pre-term. Obesity and age may contribute to early births. Your current pregnancy may last about as long as any previous ones. It doesn’t seem to matter whether your baby is a boy or girl, or how heavy you are, but your own weight at birth is a factor.

Claim: The shape of your belly indicates whether you’re carrying a boy or girl. Response: There are a myriad of so-called signs of the sex of your baby. In fact, “the only way to identify gender before birth is through an ultrasound,” says Kate Connors, a spokeswoman for the American College of Obstetricians and Gynecologists (ACOG). “Anything else is truly an old wives’ tale.” Don’t trust over-the-counter tests, either.

Claim: If you’re at risk of a pre-term labor, you need therapeutic bed rest. Response: Not so. There’s no evidence that bed rest is effective, according to the ACOG, and it could cause harm.

Claim: You shouldn’t do aerobic exercise while pregnant. Response: Exercising while pregnant leads to leaner, lighter babies, who may have less risk of obesity later on. Exercising throughout your pregnancy can help you stay health and feel your best. In one study that came to this conclusion, women who were 20 weeks into their pregnancy began using stationary bikes for up to five moderately vigorous 40-minute sessions a week, for as long as possible during their pregnancy.

Claim: You’re eating for two. Response: That’s a recipe for too much weight gain. The Institute of Medicine and the ACOG recommend that women who begin pregnancy with a normal body mass index of 18.5 to 24.9 gain from 25 to 35 pounds. If you're of normal weight before pregnancy, you need only about 300 extra calories a day for your baby to grow. Women who are overweight or obese can safely gain as little as 15 or 11 pounds. Some doctors think even these targets are high, the ACOG acknowledges.

Claim: Coffee will bring on a miscarriage. Response: The ACOG weighed the research and concluded in 2010 that up to 200 mg of caffeine a day isn’t a risk factor for miscarriage or pre-term birth. So it’s okay to drink an 8-ounce cup of brewed, drip coffee, which has about 137 milligrams of caffeine.

Claim: It’s fine to have a nightly glass of wine throughout pregnancy. Response: When she was pregnant, health economist Emily Oster looked at the data herself and decided it was okay to have a glass of wine a day in the later trimesters, as she wrote in “Expecting Better: How to Fight the Pregnancy Establishment with Facts.” But in the first 16 weeks of pregnancy, even as little as two to three and a half drinks a week increased the chances of fetal death, in one large study. The Centers for Disease Control and Prevention says, “There is no known safe amount of alcohol during pregnancy or when trying to get pregnant. There is also no safe time to drink during pregnancy. Alcohol can cause problems for a developing baby throughout pregnancy, including before a woman knows she’s pregnant. All types of alcohol are equally harmful, including all wines and beer.”

Claim: If you have a big baby, you have to have a C-section. Response: Doctors can’t reliably judge how big a baby will be, research shows. If you’d rather deliver naturally, ask more questions. Whether a C-section or vaginal birth is better for you and the baby is a matter of dispute, but public health officials have been trying to keep down the increasing rate of C-sections for some time. Carol Sakala, director of programs for Childbirth Connection programs at the nonprofit National Partnership for Women & Families, argues that vaginal births are substantially safer for both babies and mothers.

Claim: Once you have a C-section, you can’t have a natural birth. Response: Mothers who have had C-sections should be evaluated for natural childbirth if they want it. The big risk is a ruptured uterus. Plus factors include a previous natural delivery, if you had a “low traverse” incision, and if the C-section was because the baby was in the wrong position, which needn’t occur again. Even women who have had more than one C-section may be candidates for natural childbirth.

YOU MGIHT ALSO LIKE: The Pros and Cons of Freezing Your Eggs