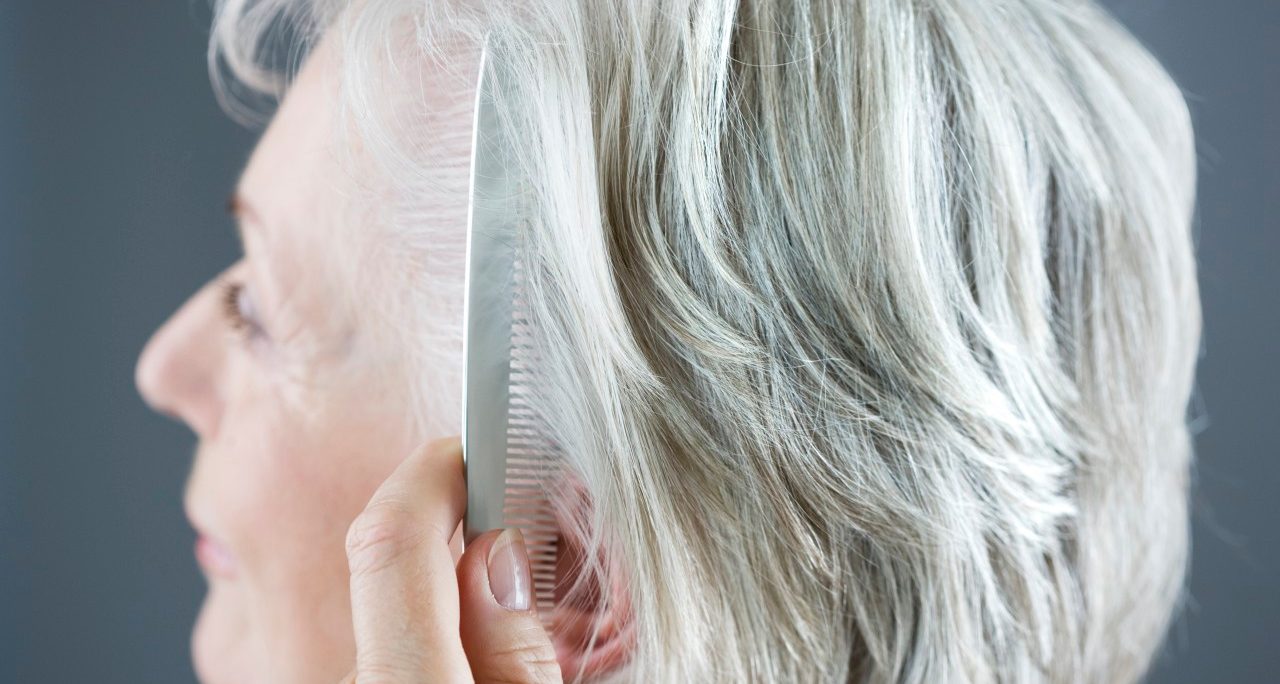 One drug has been approved by the FDA to regrow women’s hair.

Contrary to popular perception, women lose hair too. Up to 40 percent of American women, in fact.

The most common type of hair loss in women, female pattern hair loss (FPHL), affects about 30 million American women, according to the American Academy of Dermatology (AAD).

Also known as androgenetic alopecia, FPHL is characterized by thinning on the top and crown of the scalp, usually first seen as a widening of the center hair part.

“The hair follicles not only miniaturize but also can become deleted with a decrease in total number of follicles.”

If you’ve experienced significant hair loss, you know that the condition is far more accepted among men. When women lose their hair the result if often traumatic, as wrenching as any debilitating disease.

Hair is actually a secondary sexual characteristic, a feature of which you’re proud and something to show off. "You don't need it to keep you either warm or cool, so its primary function is to increase attractiveness," London trichologist Philip Kingsley tells Marie Claire.

A 2004 Rogaine survey of American women found that 24 percent equated losing their hair to losing a limb.

Dermatologist Shani Francis of Skokie, Ill., lost 80 percent of her hair when she was very young after using a bad chemical relaxer. “I felt like less of a girl because I didn’t have hair,” says Francis. “People thought I was a boy. I know personally how desperate people feel about hair loss.”

Francis has since advocated for women to recognize and address their hair loss problem. If you notice hair loss, it shouldn’t be ignored.

Although much of your hair loss can be hereditary, it can also be caused by certain medical conditions, certain drugs, poor diet, hair treatment, and hormonal changes.

Hormones are the cause for a large percentage of your hair loss, especially if you have a genetic predisposition.

“Any shift in hormones, like pregnancy, childbirth, or from birth control pills, can stimulate an episode of shedding,” Francis says. “For these types of episodes you generally won’t go bald, the shedding will stop, and the hair will grow back, but you may lose 40 percent of your hair.”

The most common cause is hereditary. About 80 million men and women in the United States have hereditary hair loss, according to the AAD.

Only one drug, minoxidil, has been approved by the Food and Drug Administration for women with androgenetic alopecia. It works by stimulating hair follicles topically.

Another drug used in men, finasteride, hasn’t been approved for female pattern hair loss due to conflicting clinical trials. Some studies have found that it can cause fetal mutations in women of childbearing age.

If you suspect hair loss, such as seeing clumps in your brush every day, see a doctor right away.

A doctor will review your health history, including all medications, diagnose non-scarring or scarring hair loss, complete blood work to check your vitamin D and iron levels, analyze your diet for deficiencies, check your scalp health and work to eliminate inflammation, and check hair follicles and anchoring of your hair.

“I was so upset and spent the summer wearing a hat all the time,” says Arlyn Stern. “I was terribly self-conscious and felt like everyone was staring at my head.” Stern had classic symptoms, such as her part getting wider. “At first, I thought I was imagining it, but the more I saw my scalp, the more I couldn’t deny it.”

She was successfully treated by Francis with minoxidil, plus vitamins and a prescription shampoo. But the key is the drug, as Stern found out.

“You have to be committed to the minoxidil. It has to be applied every night in the re-growth period,” Stern said. “I started slacking off…  and began to notice thinning again. It is a process I will have to use my whole life.”