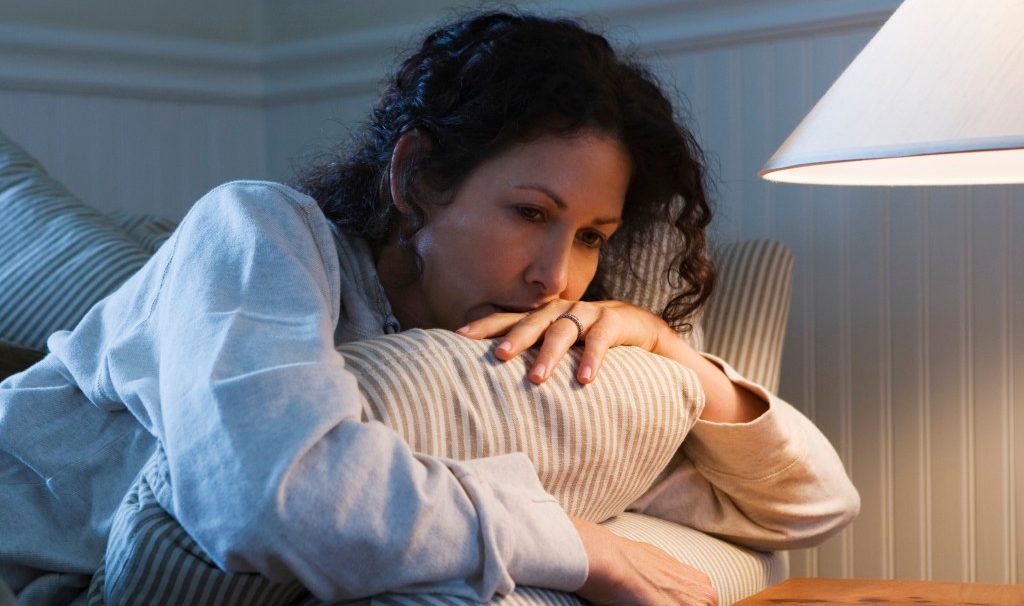 Doctors are finding strategies to help patients who develop lasting and profound fatigue after battling an infection, including COVID-19.

Imagine being so tired you can rarely go grocery shopping or do laundry. You sleep for 12 hours but wake up feeling like you just took a brief nap. When you stand, your heart races. You’re dizzy and sometimes can’t think clearly. Almost any physical activity at all leaves you drained and aching.

This nightmarish scenario is all too real for people suffering from myalgic encephalomyelitis/chronic fatigue syndrome (ME/CFS), which typically strikes after an infection. According to an Institute of Medicine (IOM) report, between 836,000 and 2.5 million Americans suffer from CFS, many without a diagnosis. The key symptom is profound fatigue. At least one in four patients becomes bed- or house-bound for long periods.

“When I do any activity that goes beyond what I can do — I literally collapse — my body is in major pain,” a patient told the IOM. “It hurts to think. I can’t find the words. I feel my insides are at war.”

The number of ME/CFS patients may be rising, as people who do not completely recover from COVID-19 find themselves with similar symptoms. One study of patients who were still ill six months after recovering from mild or moderate cases of COVID-19 found that about half met the criteria for ME/CFS.

In 2019, a research team at Stanford created a blood test that flags the disease, correctly identifying 20 symptomatic patients out of a group of 40.  The test showed abnormal activity in immune cells of patients with the illness.

What are the symptoms of ME/CFS?

Patients should have symptoms of moderate intensity that are present at least half of the time over six months. Beyond fatigue after exertion, doctors look for widespread pain, brain-fog, or dizziness while sitting up or standing.

Patients feel supported when they are diagnosed with ME/CFS rather than dismissed. A key technique is to learn pacing. Work with physical and occupational therapists who can help you learn your tolerance for activity. At first, you’ll keep a diary of activity and symptoms to see how much you can do safely without triggering exhaustion. The next step is to build up slowly.

A range of medications have helped patients.

Doctors who dismiss ME/CFS as a fad are wildly out of date. There are two possibilities in people who remain ill after an infection seems to resolve: these symptoms are triggered by continued persistent activity of a bacteria or virus, or the immune response is now causing the symptoms. Many of the pathogens associated with ME/CFS are known to remain in the body for life and can affect the central nervous system.

To sort medical facts from possible fiction, various government agencies directed the IOM to examine the evidence for CFS. The results of the IOM’s extensive report were definitive: CFS is a physical disease that can destroy your ability to work and enjoy life. The cause is still unknown.

“There is an urgent need for more research to discover what causes CFS, understand the mechanisms associated with the development and progression of the disease, and develop effective diagnostic markers and treatments,” the IOM researchers concluded.

Scientists at Columbia University's Mailman School of Public Health have found distinct immune changes in CFS patients who have had the disease for three years or less. Compared to a control group, the chronic fatigue sufferers had increased amounts of many types of cytokines (molecules produced by the immune system) — especially interferon gamma, which has long been linked to fatigue following viral infections.

"We now have evidence confirming what millions of people with this disease already know, that CFS isn't psychological," said Mady Horning, MD, an epidemiologist at Columbia's Mailman School. "Our results should accelerate the process of establishing the diagnosis after individuals first fall ill as well as discovery of new treatment strategies focusing on these early blood markers."

A follow-up study showed there are other immune system markers in later stages of the disease, too. Hornig and colleagues identified a unique pattern of cytokines in the cerebrospinal fluid of long-term ME/CFS patients who had been sick an average of seven years.

The ME/CFS sufferers had depressed levels of most cytokines, including the inflammatory immune molecule interleukin 1, compared to a control group of healthy people and a group of multiple sclerosis (MS) patients. One cytokine (eotaxin) was elevated in both the CFS and MS groups.

"We now know that the same changes to the immune system that we recently reported in the blood of people with CFS with long-standing disease are also present in the central nervous system," said Hornig. "These immune findings may contribute to symptoms in both the peripheral parts of the body and the brain, from muscle weakness to brain fog."

A study from Stanford University has found distinct differences between the brains of patients with CFS and those of healthy people. Altered immune responses could be the explanation, according to the researchers.

MRIs revealed multiple abnormal areas in the CFS patients, including reduced overall white matter (nerve tracts that carry nerve signals from one part of the brain to another), possibly the result of chronic inflammation in response to a virus or other trigger.

One study by scientists at the University of Florida has found a possible explanation for the profound fatigue people with CFS often feel after daily activities — extreme sensitivity to substances released by their muscles.

When you use muscles, they produce metabolites that activate neural pathways (bundles of nerve cells connecting one part of the nervous system to another). This normal process typically lets you know when you’ve stressed your muscles enough and need to rest. But in CFS patients, the Florida study suggests, these fatigue pathways have become hypersensitive to muscle metabolites, resulting in excessive fatigue after little activity.

"For most of us, at the end of strenuous exertion we feel exhausted and need to stop — but we will recover rapidly," researcher Roland Staud, MD, professor of rheumatology and clinical immunology in the Florida College of Medicine said. "However, these individuals (with CFS) tire much more rapidly and sometimes just after moving across a room, they are fully exhausted. This takes a toll on their lives."