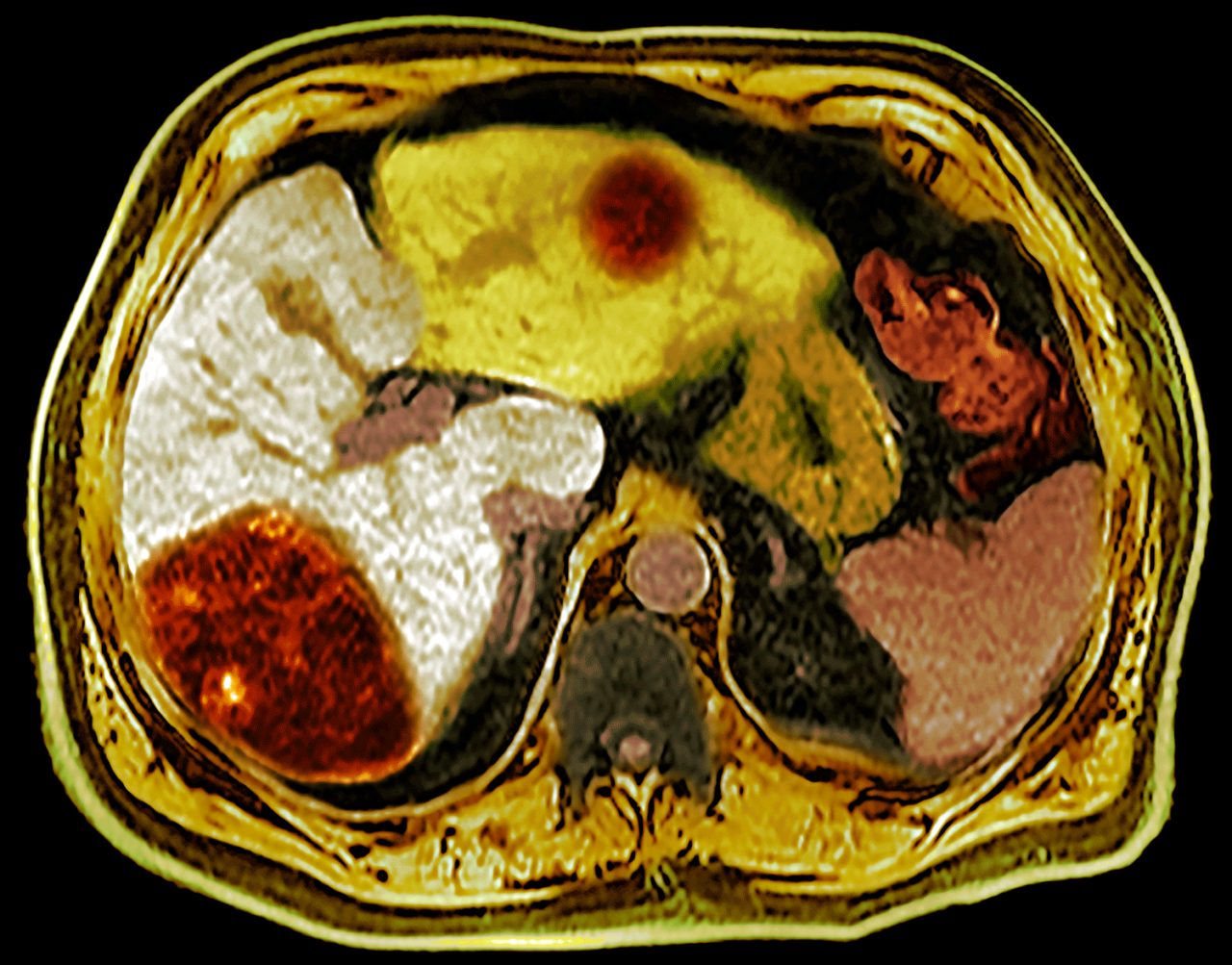 Liver cancer is a frightening diagnosis. But it is also a top area for research, and new treatments are extending life. Here’s what you should know.

Only about 20 percent of patients survive for five years after a diagnosis of cancer of the liver or bile ducts (small tubes in the liver that carry the digestive fluid bile). For people who receive a diagnosis at an early stage and can get a liver transplant, however, the five-year survival rate is 60 to 70 percent.

What is liver cancer?

The liver is the largest internal organ. It lies under your right ribs and has two sections. Its main role is to break down and store nutrients absorbed from your intestines and to break down alcohol, drugs, and toxic wastes in your blood, which ultimately leave your body in urine and stool.

A normal liver cell rarely divides. Cancerous liver cells divide and multiply, feeding on new blood vessels these sells also generate, a process called angiogenesis. When cells in the liver or bile ducts begin to grow abnormally, they interfere with liver function and can spread the abnormal growth to other parts of your body.

The most common form of primary liver cancer in adults is called a hepatocellular carcinoma. It is often seen in people with cirrhosis, or chronic liver damage, which can result from 10 or more years of heavy drinking.

No more than 20 percent of primary liver cancers start in the bile ducts. This type of cancer is called a intrahepatic cholangiocarcinoma.

Most of the time, among Americans and Europeans, cancers of the liver begin somewhere else, such as the pancreas, colon, stomach, breast, or lung. This is called secondary or metastatic liver cancer.

It is also possible to have benign tumors in the liver.

What are the causes of liver cancer?

Hepatitis B or C infection can cause primary liver cancer. So can long-term alcohol abuse. Chronic ulcerative colitis, an inflammation of the large intestine and rectum with unknown causes, can lead to cancer of the bile duct.

What are the symptoms of liver cancer?

The first symptoms — weight loss, poor appetite, abdominal pain, and sometimes fever — are also associated with other illnesses, potentially delaying diagnosis. By the time a doctor can feel a mass in your abdomen or orders an abdominal scan or blood test, the tumor is often large — and the cancer has spread. This is less true in Japan, where hepatitis B infections are common, and routine ultrasound scans of the abdomen save many patients through early detection.

The best outlook is for patients with only one tumor less than two inches in size or up to three small tumors that can be surgically removed. Most people who receive a new transplanted liver are cured. Sometimes, simply removing tumors is enough.

But most liver tumors are too large to remove. In those cases, the two standard alternatives to surgery are chemoembolization and radiofrequency ablation, which can slow cancer progression. But the tumor nearly always grows back.

The drug sorafenib (Nexavar) blocks angiogenesis and can extend life by months or years.

With internal radiation, your doctor injects tiny glass beads called microspheres containing a radioactive element into the hepatic artery, using a catheter inserted into your groin.

In external beam radiation, a large machine moves around the patient without making contact with the skin, delivering high doses of radiation. Even large tumors can sometimes be controlled for years.

Gene therapy is a promising new area of research. The goal is to introduce new genes into cancer cells to replace genes that have malfunctioned.

How to prevent liver cancer

To prevent liver cancer, drink alcohol in moderation. Quitting smoking may also help slightly. Screening for hereditary diseases that damage the liver, for example hemochromatosis (in which the body stores too much iron), is important.

Avoid and treat viruses that damage the liver. All children, and adults working in healthcare or otherwise at risk, need vaccinations against hepatitis B. There is no vaccine for hepatitis C, but you can avoid it by steering clear of unprotected sex and contaminated needles, and it can be treated.