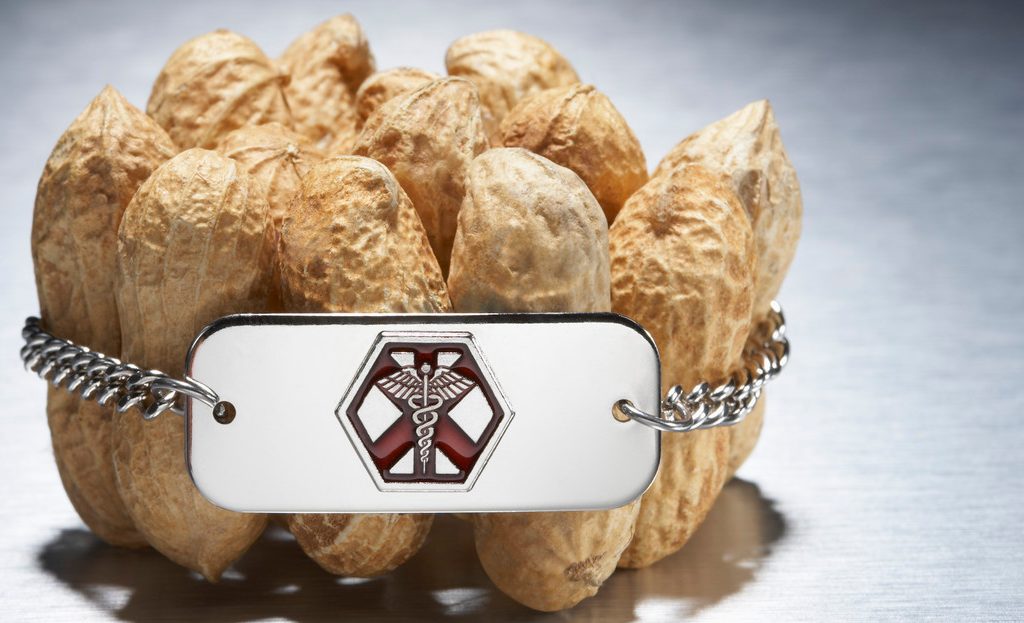 While the rate of peanut allergies in children is rising, doctors now advise parents to introduce small amounts of this popular food to babies to develop tolerance.

The number of children with peanut allergy keeps rising, scaring parents. After all, peanuts are everywhere, and serious allergy attacks can be dangerous. But it’s important to remember that even peanut-allergy reactions are usually mild. Now, doctors are advising parents to give babies peanut butter in small doses to help them develop tolerance.

Why are more children allergic?

It’s not clear why peanut allergies are becoming so common, tripling between 1997 and 2008, and then increasing another 21 percent after 2010. The trend is part of a larger one towards more immune issues generally.

Having other allergies increases the chances of a peanut allergy. So does a family history of peanut allergy. Lack of vitamin D may contribute (though supplements won’t treat an allergy that has already developed, getting enough of this nutrient may help prevent one).

Why the advice is changing

For some time, doctors advised parents of kids who seemed prone to allergy to keep them away from peanuts until age 3. But introducing babies to peanut products can help prevent them from developing an allergy, according to a large study. In fact, it may cut the chance of peanut allergy dramatically — from 70 to 86 percent — by the age of 5.

A British research team had observed that Jewish children in the United Kingdom were much more likely to have peanut allergy than Israeli kids, who began eating peanut-based foods earlier, usually beginning at 7 months. They wondered whether eating peanuts earlier helped.

To test the idea among children at high-risk of allergy, the researchers recruited 640 infants who already suffered from severe eczema, egg allergy, or both. After giving the children a skin-prick test for peanut allergy, the team excluded 76 infants, just over 9 percent, from the study because they developed wheals (raised bumps) greater than 4 mm. But that still left some children who had wheals considered a “positive” test result in the study. Next, the team divided the children into two groups: one that ate peanuts and one that didn’t.

When the children were 5, the team tested them again. Among the children who tested negative for peanut allergy as infants, 13.7 percent of those told not to eat peanuts now tested positive. Among those who had been eating peanuts, only 1.9 percent had developed a peanut allergy.

Surprisingly, the same pattern showed up even in kids who tested positive as babies. More than 35 percent of the kids in this group ended up with a peanut allergy at age 5 if they avoided peanuts, compared to 10.6 percent among kids who ate peanut butter.

Yes, you read that correctly: Parents whose kids had tested positive for peanut allergy fed them peanuts. As scary as that sounds, these kids were no more likely to have a serious adverse event, according to the researchers.

Some kids can eat peanuts

This doesn’t mean that every kid can safely eat a PB&J sandwich. Remember that kids with big wheals on the skin prick test were excluded. Also, in the group randomly assigned to eat peanuts, a handful stopped because of symptoms. Peanut-allergy symptoms typically come immediately, and can include:

When should you give your baby her first taste of peanuts?

Other than honey, you can try any food on a baby after age 4 to 6 months, introducing foods one by one so you can see the reaction. Just make sure it’s soft, not crunchy. You also don’t need to follow the old rule to introduce rice cereal first, followed by orange and then green vegetables. That advice was based on the theory that delaying foods would delay the development of allergies.