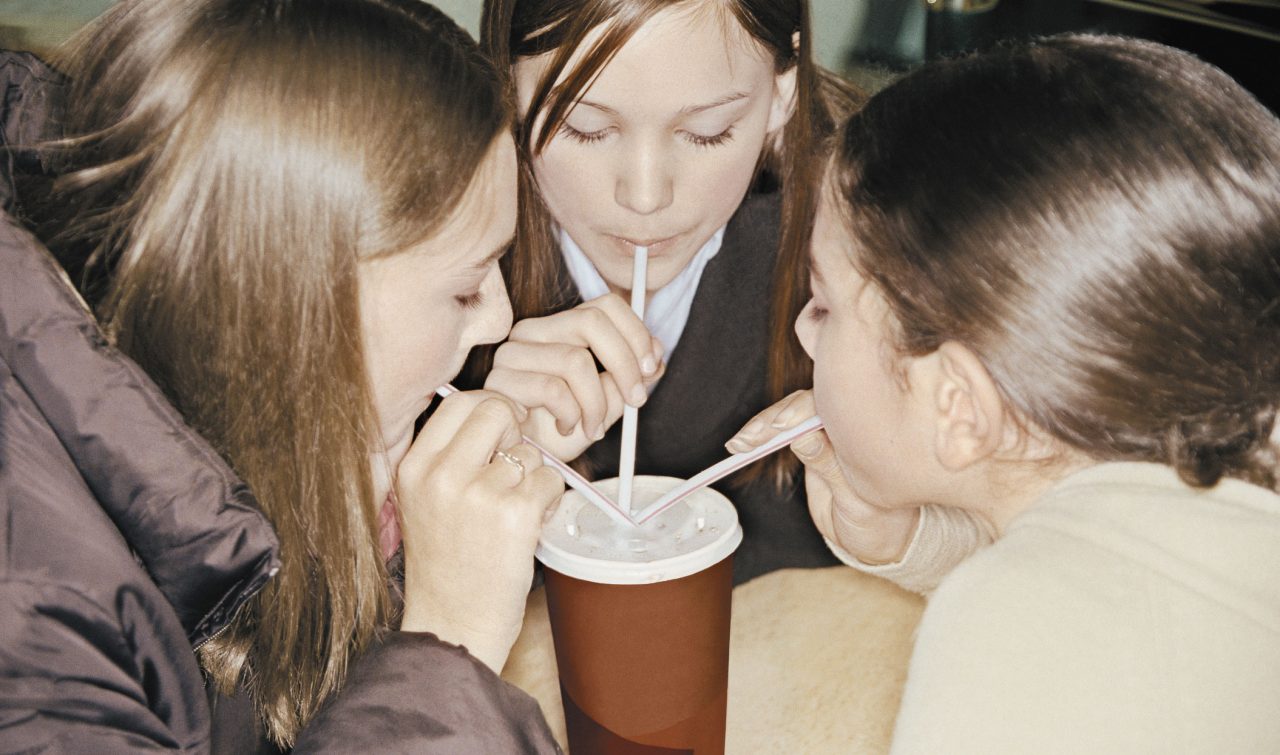 Researchers used a survey to ask an economically and racially diverse group of 2,381 parents to hypothetically choose a beverage for their child, respond to questions about the health of that beverage, and indicate whether they were interested in receiving coupons for other beverages. Some participants were randomly assigned to see a warning label such as, “Safety Warning: Drinking beverages with added sugar[s] contributes to obesity, diabetes, and tooth decay.” Others saw only the normal drink label, while a third group saw the normal label plus the calorie count, which some soda manufacturers voluntarily include on the front of their products.

The study also found that it didn’t seem to matter what the warning label said; as long as it mentioned the health risks of drinking beverages with added sugar, it influenced parents’ purchasing decisions.

The study’s authors concluded that including warning labels on soda and other beverages with added sugar would improve parents’ understanding of the danger of these drinks and make them less likely to buy them for their children. This is significant, they noted in their abstract, because other studies have shown that many parents “believed some  sugar-sweetened beverages, including flavored waters and fruit and sports drinks, were healthy options for children.”

This research comes at an important point in the discussion of childhood health and obesity. In the past 30 years, childhood obesity has more than doubled in the United States. In 2012, 18 percent of children between the ages of 6 and 11 and 21 percent of those between the ages of 12 and 19 were considered obese. This problem has dangerous effects on both short- and long-term health, leading to high cholesterol, high blood pressure, diabetes, and an increased risk of many forms of cancer.

Research has found that soda consumption is one of the leading contributors to childhood obesity; while other high-sugar foods like cake or candy are still considered treats, many children consume sugar-heavy beverages on a daily — or even twice-daily — basis. Some cities, including New York and San Francisco, have passed laws requiring sodas to have warning labels like the ones used in the study. Others, like Philadelphia, have instituted soda taxes similar to the tax on cigarettes.

But cigarettes are exactly what make some experts skeptical that warning labels on sodas will work at all. Cigarette packs sold in the United States have featured a warning label from the Surgeon General since the 1960s, and the text on them has not changed since 1985. There is evidence that consumers have become so used to the labels that they tune them out or ignore them. Warnings with graphics, such as pictures of diseased lungs or gums, are much more effective than text, but those aren’t used in the United States.

The ineffectiveness of text-only warning labels has prompted other ideas for communicating the health risks of soda. In 2013, the “12 Spoonfuls” ad campaign in Mexico focused on educating parents about the amount of sugar children consume per soda, and it led to the passage of a country-wide soda tax and a 12 percent decline in soda consumption within a year. Other countries use a red-yellow-green traffic light system on packages to indicate how healthy a food is, which research has found is more effective at encouraging healthy choices than presenting nutritional information in grams and calories.

The authors of the warning label study admit in their paper that there are limitations to how useful labels can be. And even if they do discourage parents from buying soda, they write, that might not affect overall obesity levels because “people would simply compensate by buying other high sugar foods that are unlabeled.”