The Dangers of Binge Drinking

The Dangers of Binge Drinking 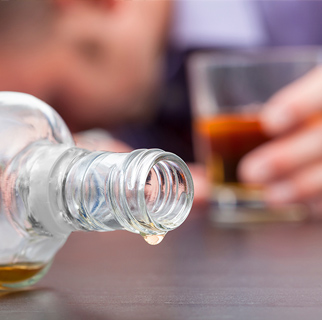 Too many young people are participating in a dangerous practice called binge drinking. It means drinking alcohol to the point of getting drunk. It's defined as having 5 or more drinks in a row for men. For women, it's 4 or more drinks in a row. This amount of drinking will produce blood alcohol levels far above the legal driving limit of 0.08%.

For these students, getting drunk is usually the main goal of drinking. And getting drunk can involve many other dangers, including dizziness, loss of coordination, diarrhea, vomiting, lack of judgment, or even passing out. If a person vomits when passed out, the airway can become blocked, and the result can be death.

According to the CDC, binge drinking leads to accidental injuries. These include motor vehicle crashes, falls, burns, drowning, and lowering of the body temperature to an abnormally low level (especially if the binge drinker is outside during winter months). Binge drinkers have increased risk of killing someone, killing oneself, child abuse, domestic violence, high blood pressure, heart attack, inflammation of the stomach, pancreas, brain, or spinal cord, sexually transmitted infections, and poor control of diabetes.

Too much alcohol can cause death. Alcohol affects the central nervous system, slowing breathing and heart rate. It also interferes with the gag reflex, which increases the risk of choking on vomit, if the drinker passes out from too much drinking. Blood alcohol levels can continue to rise even if a person passes out. If a person who has been drinking a lot is confused, vomits, has a seizure, has pale skin, or passes out, it may be a sign of being very drunk.

People who often engage in binge drinking are more likely to develop a drinking problem.

Alcohol use disorder is a pattern of drinking that may be accompanied by some of the following problems:

Alcohol abuse may not always include a very strong craving for alcohol, loss of control, or physical dependence.

Alcoholism is a term often used for a more severe alcohol use disorder and is a disease often marked by these elements:

Most alcoholics don't have the willpower to stop drinking and need outside help with their disease.

Recent research has shown that many people may inherit a tendency toward alcoholism. People are also influenced by peers and the availability of alcohol.

Most of the college students engaging in binge drinking still have developing brains, which can last through age 21 to age 25. This puts them at greater risk for the poisons and consequences of drinking. Judgment and control are also affected by drinking. A large amount of binge drinking now can lead to a more dangerous, unhealthy path in the future. It can even be deadly.