Having a dog at home may lower the risk for asthma in children, researchers say. 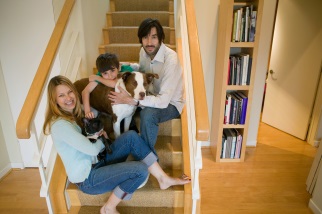 Others studies have found that living on a farm or growing up around farm animals seemed to lower asthma risk by about half. This new study expanded the scope to include dogs.

“Our results confirmed the farming effect,” said Tove Fall. Fall is assistant professor of epidemiology at Uppsala University in Sweden. “And we also saw that children who grew up with dogs had about 15% less asthma than children without dogs.”

The study looked at more than a million children in Sweden. Because of the large amount of data available, the researchers were able to take into account asthma in parents, the areas where the children lived, and socioeconomic status. The study was published in the journal JAMA Pediatrics.

Experts say that the study results support the “hygiene hypothesis.” That theory says that young children who are exposed to germs in their environment build a healthy immune system.

Although the risk for asthma seemed to be lowered for the children in the study, they were more likely to get pneumonia and other lower respiratory tract infections, the researchers said. The researchers also noted that the results applied only to children who did not have asthma or allergies. Youngsters who are already allergic to dogs should avoid them, says study senior author Catarina Almqvist Malmros. Malmros is a professor of clinical epidemiology at the Karolinska Institute in Sweden.

Find out how to help your child avoid asthma triggers.

What is an animal allergen?

Allergens found in animals are a common cause of allergic reactions in children. They are caused by the protein found in an animal's:

Household pets, such as cats and dogs, are the most common sources of animal allergens.