Be Smart About Antibiotics

Be Smart About Antibiotics

When you have a pesky sore throat or a lingering cold, you may look for a quick fix. Antibiotics may seem like a good choice. But for many such common illnesses, they won’t help. That’s according to the latest guidelines on their proper use. 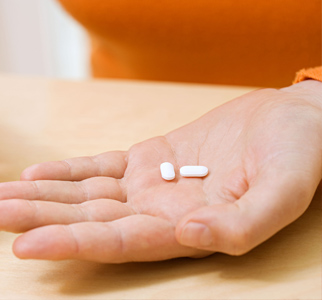 When to take antibiotics

Antibiotics were first discovered in 1928. They are now some of the strongest medicines in the world. They are also some of the most misused. In fact, despite the overall drop in their use in the U.S., many adults still take them when they won’t do any good.

As a result, experts recently reassessed when these medicines should be used. They looked at the latest research on antibiotics. These medicines are a staple against health problems like bacterial infections. But they’re not suitable for 4 of the most prevalent illnesses: bronchitis, sore throat, a simple sinus infection, and the common cold.

Why should you skip the antibiotics if you have one of these illnesses? Such ailments are often caused by a virus. Antibiotics don’t work against viruses. Rather, they are best in fighting infections from bacteria, fungus, and parasites.

In certain cases, though, antibiotics may be warranted for some of these illnesses. Sometimes a sore threat may actually be strep throat. It’s a condition caused by a type of bacteria called Streptococcal A. Your healthcare provider may also give you an antibiotic for a severe sinus infection. That’s one that worsens or doesn’t go away within a few weeks.

It may seem like taking an antibiotic wouldn’t be a bad thing. But misuse can allow harmful bacteria to change and reproduce. These bacteria then become resistant or immune to an antibiotic. This is called antibiotic resistance.

Antibiotic resistance is a growing concern worldwide. Bacteria can spread from person to person. Some of these bacteria don’t cause any problems. They may even be helpful. But if you become infected with harmful bacteria, you may become sick. If those bacteria are resistant to certain antibiotics, your infection may be harder to treat. The antibiotics may simply not work.

You can do your part to help stop antibiotic resistance. Here’s how:

Take this quiz to test your knowledge of antibiotics.