Parkinson disease is a movement disorder. It can cause the muscles to tighten and become rigid This makes it hard to walk and do other daily activities. People with Parkinson’s disease also have tremors and may develop cognitive problems, including memory loss and dementia.

Parkinson disease is a chronic and progressive disease.  It doesn't go away and continues to get worse over time.

Parkinson disease arises from decreased dopamine production in the brain. The absence of dopamine makes it hard for the brain to coordinate muscle movements. Low dopamine also contributes to mood and cognitive problems later in the course of the disease. Experts don't know what triggers the development of Parkinson disease most of the time. Early onset Parkinson disease is often inherited and is the result of certain gene defects.

Parkinson disease symptoms usually start out mild, and then progressively get much worse. The first signs are often so subtle that many people don't seek medical attention at first. These are common symptoms of Parkinson disease:

Eventually, Parkinson disease symptoms get worse and include:

Parkinson disease can be hard to diagnose. No single test can identify it. Parkinson can be easily mistaken for another health condition. A healthcare provider will usually take a medical history, including a family history to find out if anyone else in your family has Parkinson's disease. He or she will also do a neurological exam. Sometimes, an MRI or CT scan, or some other imaging scan of the brain can identify other problems or rule out other diseases. 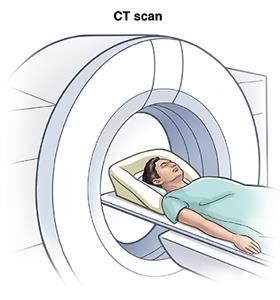 Parkinson disease can't be cured. But there are different therapies that can help control symptoms. Many of the medicines used to treat Parkinson disease help to offset the loss of the chemical dopamine in the brain. Most of these medicines help manage symptoms quite successfully.

A procedure called deep brain stimulation may also be used to treat Parkinson disease. It sends electrical impulses into the brain to help control tremors and twitching movements. Some people may need surgery to manage Parkinson disease symptoms. Surgery may involve destroying small areas of brain tissue responsible for the symptoms. However, these surgeries are rarely done since deep brain stimulation is now available.

Parkinson disease causes physical symptoms at first. Problems with cognitive function, including forgetfulness and trouble with concentration, may arise later. As the disease gets worse with time, many people develop dementia. This can cause profound memory loss and makes it hard to maintain relationships.

Parkinson disease dementia can cause problems with:

If you have Parkinson disease and dementia, in time, you likely won't be able to live by yourself. Dementia affects your ability to care of yourself, even if you can still physically do daily tasks.

Experts don't yet understand how to prevent Parkinson disease. In some instances, there seems to be a genetic predisposition to develop Parkinson disease, but this isn’t always the case. Research is underway to find new ways to treat and prevent the disease.

These measures can help you live well with Parkinson disease:

Call your healthcare provider if you or your loved one notices a sudden or significant change in symptoms or if mood changes, increased symptoms of depression or feelings of suicide develop.

Tips to help you get the most from a visit to your healthcare provider: